The Timeless Cinema of Giovanna Ralli 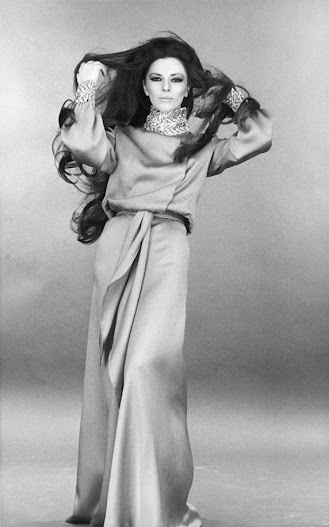 She rose to fame in the post-war films of the 1950s with her simple yet stunning beauty, quick wit and tough as nails persona. She held her own alongside Italian cinema legends like Vittorio De Sica and Alberto Sordi. Now in her 80s, she talks about the past with sweet nostalgia.

Born in Rome on January 2, 1935, Giovanna Ralli wasted no time getting into show business. She made her feature film debut at the age of seven in Vittorio De Sica’s 1942 “I bambini ci guardano” (The Children Are Watching Us). Six years later, she began her theater career, becoming an actress in Peppino De Filippo’s stage company. But it was the big screen where she found her home. A small role in Federico Fellini and Alberto Lattuada's 1950 “Luci del varietà” (Variety Lights), set her film career into motion.

Among her early roles is Marcella in Gianni Franciolini’s 1955 “Racconti Romani” (Roman Tales). In the spirit of the post-war economic boom, the film follows four young men as they carry out schemes to make quick money. Of course, each scheme is a flop, which gets them into trouble with their better halves and law enforcement. Marcella is the temperamental fiancé of Otello (Antonio Cifariello) who works day in and day out at a fish market trying to make ends meet. With each new scheme, she becomes more stressed about finances and loses her patience until she finally gives Otello an ultimatum. Although there is a focus on the economic difficulties facing Rome’s population of workers, the film is a feel-good comedy and feast for the eyes from start to finish as it features the most beautiful and historic sites of the Eternal City.

Vittorio Sala’s 1959 “Costa Azzurra” (Wildcats on the Beach), a quartet of comedic vignettes set on the French Riviera, features a spry Ralli in the role of Giovanna. Married to Alberto (Alberto Sordi), the couple travels from Rome to answer a casting call. After Giovanna auditions, Alberto senses from the snobby director that she is not right for the role. When he answers a call from the director to meet with him, he suspects it’s a ploy to let Giovanna down easy when in reality, the director is interested in casting him. This leads Alberto to dream of becoming a famous actor. Giovanna has a bad feeling. She follows her gut and in the end, saves Alberto from himself. Ralli is sensational in this role and her chemistry with Sordi is undeniable. The two remained lifelong friends as she recently recounted on Italian television in an interview with journalist Mara Venier.

That same year, she had a small but key role in Roberto Rossellini’s “Il Generale Della Rovere” (General della Rovere). Set in 1944 Rome with historical footage interspersed, the film was adapted from the novel by Indro Montanelli, which is based on a true story. In order to avoid the death penalty for embezzling money from military families, Vittorio Emanuele Bardone/Grimaldi (Vittorio De Sica) is recruited by the Third Reich to go under cover in a northern Italian prison. Initially hired to impersonate the Italian resistance leader, General Della Rovere, who had been previously killed by German forces, he sympathizes with the inmates and becomes a martyr, refusing to betray them. Ralli plays the role of Valeria, Grimaldi’s girlfriend. She is a blonde femme fatale tired of being strung along by Grimaldi. When he asks that she pawn her jewelry to make up for money he lost gambling, she tells him to leave. Later, when he is picked up by German authorities, she is called in as a character witness and shows no pity.

Paul Wendkos’s 1970 western, “Cannon for Cordoba,” offered Rally the opportunity to act in an English-language role. Set during a 1912 battle against Mexican bandit revolutionaries crossing the border of Texas, the film follows the most dangerous, Hector Cordoba, portrayed by Italian actor Raf Vallone. Ralli plays Leonora, his ex-lover whose brother and father were murdered by him. She wants revenge and joins the American forces to get it. Vallone and Ralli are a sight to behold in the scenes they share. In all fairness, they weren’t given a great script but their scenes are truly captivating.

Ralli was married to attorney Ettore Boschi for 38 years until his death in 2013. In an interview with Il Messaggero, she recounted their relationship. “We both hated worldliness and in the evening, when he came home from work, we often ended up on the sofa, happy, after a plate of spaghetti with tomato sauce, in front of an old movie."

She continued working through the years and in 2014, made her last film with Pupi Avati. Click on the links below to stream a selection of her films on Amazon.