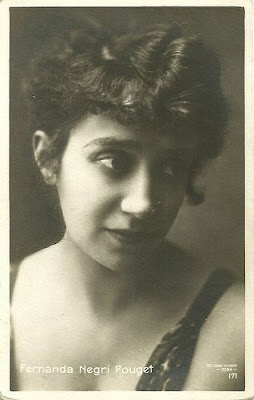 A silent film luminary, she shunned celebrity and stepped away from the spotlight entirely with the advent of audio.

Born in the Eternal City in 1889, Fernanda Negri Pouget was one of the first stars of Italian cinema. Her rise to fame was swift, and she went on to dominate Italy’s silent film era.

Negri Pouget studied the performing arts at Rome’s National Academy of Santa Cecilia, one of the oldest musical institutions in the world. She made her big-screen debut at the age of 17 in the 1906 short film “Il romanzo di un Pierrot,” which was produced by Rome’s leading production house, Alberini & Santoni. Three years later, she was chosen by prolific director Mario Caserini to star in his 1909 release “Beatrice Cenci.” The movie made her a star and was the first of many successful collaborations between the two.

In 1912, she relocated to Torino, where she joined the Ambrosio Film production company. There, she starred in a string of hits. Among them was Caserini’s 1913 “Dante e Beatrice” (The Life of Dante). Set in Florence during the 13th century, the story line follows the young Dante Alighieri (Oreste Grandi) as he meets and falls in love with Beatrice (Negri Pouget), the wistful daughter of a prominent banker. The two marry, and she eventually meets a tragic end. Overcome with grief, Dante seeks consolation in the arms of a courtesan and embarks on the path that will lead to the writing of the “Divine Comedy.”

The film was released in Italy in February 1913 and in the United States the following April. In 2007, Cineteca di Bologna restored it as part of a project to recover and enhance the silent movies created by Torino production companies. It was later presented at the Cineteca di Bologna’s annual summer festival, Cinema Ritrovato, which features restored films. 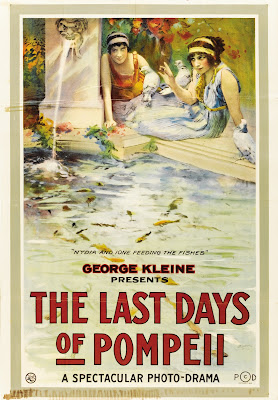 Also in 1913, Negri Pouget starred as Nidia in Caserini and Eleuterio Rodolfi’s “The Last Days of Pompeii.” The film’s action takes place right before the eruption of Mount Vesuvius in 79 A.D. Based on Edward Bulwer-Lytton’s 1834 novel, it is one of early Italian cinema’s epic achievements.

The film follows a large cast of characters behaving badly as they obsess over wealth, beauty and passion. Negri Pouget steals the show with her brilliant portrayal of a blind slave who falls in love with Glaucus (Ubaldo Stefani), a wealthy man who rescued her from an abusive master. Her sensitive performance is what sets this film apart from other early Italian blockbusters like “Dante’s Inferno” and “Cabiria.” It’s one for the record books and should be part of film school coursework for aspiring actresses.

As a love story slowly emerges, Nidia’s tragic life tugs at the audience’s heartstrings. Her naivete gets her into trouble after she inadvertently ruins Glaucus by trusting one of his adversaries. In the end, she redeems herself with the ultimate act of sacrifice. The storyline and performances are so riveting, it’s easy to forget the impending cataclysm.

If you’ve ever visited the vast ruins of Pompeii or have seen images of it, this film will bring that long lost world to life. From the populous streets and opulent baths to the luxurious costumes and detailed props, the elaborate, sumptuous sets paint a vivid portrait of a rich, cultured society. 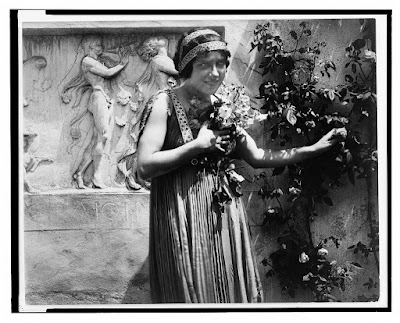 Negri Pouget was as private as she was famous. She was married to French actor Armand Pouget, but no wedding date was ever made public. According to Italian director and critic Lucio D’Ambra, she stood out in that she “detached herself from the world of divas.”

She had no desire to live the life of a star and stepped away from the public eye entirely after the silent film era came to an end. Her last appearance was in Torello Rolli’s 1923 movie “La gola del lupo” (The Wolf’s Throat). She passed away in February 1955 at the age of 65.

Fortunately, two of her movies are available to stream. “The Life of Dante” can be found on YouTube’s Silent Film Channel and “The Last Days of Pompeii” on Amazon.