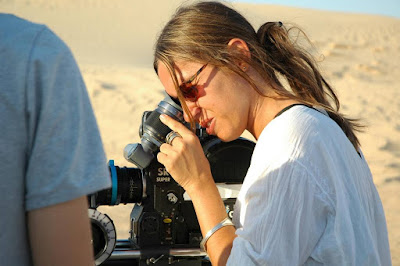 Italian filmmaker Giovanna Taviani will be in Rochester during the second week of November participating in a film series that will take place at area universities, Nazareth College and the Rochester Institute of Technology.
Giovanna Taviani is the daughter of the iconic filmmaker, Vittorio Taviani.. one half of the filmmaking duo, the Taviani Brothers. Giovanna had a part in her father's 1984 film, "Kaos" but has chosen a path behind the camera as a director. My personal favorite is her 2010 documentary film, "Fughe e approdi"  which showcases the cinematic magic of the beautiful Aeolian Islands where she grew up. Fortunately, that film will be shown in the series. I highly recommend it. Read our review and watch the trailer. She also founded the SalinaDocFest, an annual film festival held on the Aeolian Island of Salina that features documentaries and feature films with themes of human rights and relevant social issues.


I spoke with one of the organizers of the event, R.I.T. Professor Elisabetta Sanino d’Amanda. She told me that Taviani will be conducting various workshops with students and participating in several discussions about her work following screenings at R.I.T., Nazareth and the Dryden Theater. On Taviani’s work and carrying on the filmmaking legacy of her family, Professor Sanino D’Amanda explained that Taviani “has embraced the contemporary issues and made documentary filmmaking a top priority in the vein of Vittorio De Seta and the best Italian documentary filmmaking.”
The following events of the film series are confirmed. Please check our Facebook group page beginning on November 8th for any changes. 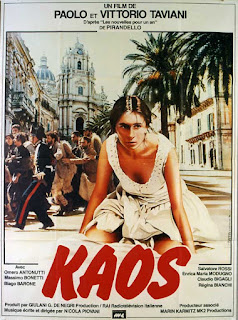