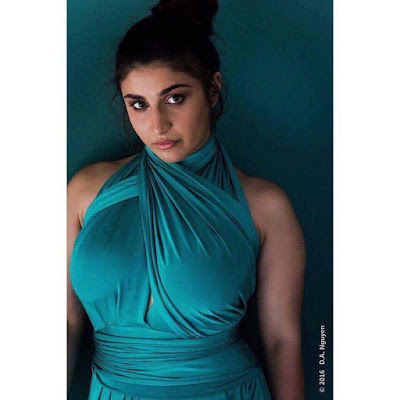 Nestled in the Dolomite mountains of southern Italy's rich, historic region of Basilicata, Castelmezzano radiates the same southern beauty as its own Alessandra Romano Baudelaire, a stunning, talented filmmaker who left for Los Angeles to work as an actress. Although the move took courage and sacrifice, Romano Baudelaire has found her share of success in both leading and supporting roles.

After having recently visited her  picturesque hometown and meeting members of her beautiful family, I can understand how the sincere passion for her work and the desire to make the world a better place through her art ignited her need to give it all she had and chase after her dream.

Romano Baudelaire and I have been connected for some time on social media. In light of wanting to know more about the young people of her region- why some stay and others leave- I asked her about her work, her love of acting and her dreams for the future.

Tell me about your work as an actress.
In Italy, everyone is a sort of an actor. Italy is really the country of theatre. As children, we do a lot of theatre. Then it might happen that the ‘game’ becomes your work. I was lucky enough to collaborate with top Italian theatre people such as Christan Ginepro, Isabella Urbano, Tonino Centola and many more. However, my real passion is cinema and LA is the best city for that. When I got to LA, I attended the NYFA (New York Film Academy). I was very lucky because right after graduating, I was chosen for two feature roles; one with Robert Woods, that for me was a dream come true since he is very big in Italy. He was in all the spaghetti western movies. But also, at that time, I was a spokesmodel for an American/Persian company. Recently, I worked on an Origo media production television show in a leading role, playing Rosenda and I also got cast for two other pilots where I was the lead again. One of those is a funny dating TV show (Rickshaw Romance!). The other one is a pilot, My Life After, where I play a Dominican brokenhearted daughter that lost her dad during a plane crash. I hope we’ll see those on TV very soon. I just worked as a cast member for a truTV show that is going to be on in September, but I also got notified that one of the ultra low budget shorts I’ve done as a supporting role, Very Bad Words, just received an award and one of the reasons for it was the performance of the actors…I am really happy and grateful.


When did you realize that acting was your calling?
I am a very curious person that likes to explore all the nuances that the world offers us. Acting, as a form of art, gives me the freedom to reach a new unexpected genuine truth. I really think that any talent we have should be used to serve people. As artists, I think we have the responsibility to show the best part of us everyday in order to inspire others. Being creative is really something that gives me happiness. It makes me feel alive and joyful and close to the beauty of the universe.

Did you study acting before arriving in Los Angeles?
I’ve been taking acting classes all my life. I studied acting at the Smile Academy in Potenza, and at the Roma Tre Dams. I also had many coaches, two of them really made a difference for me: Natalia Florenskaja and Ivana Chubbuck. 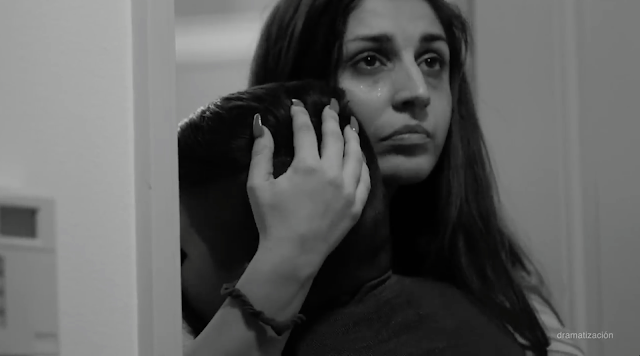 Do you have any family in Los Angeles? Tell me something about your life there and how you have assimilated into the culture.
I am here really by myself, although I was lucky enough to find people that really care about me. Even here, I know I can count on someone, and I feel blessed it for it. This city gave me a lot, it teaches how to turn your scars into stars.

What is your dream? Do you have the desire to return to Italy someday to live?
My biggest dream is to work with Terrence Malick. In fact, my university thesis was about the way he approaches the creative process and how he works with the actors. I would love to experience that in person. I know I will retire in Venice. That’s my favorite Italian city. All the magic in the world is hidden there.

Check back for updates on the progress of Romano Baudelaire's two pilots.