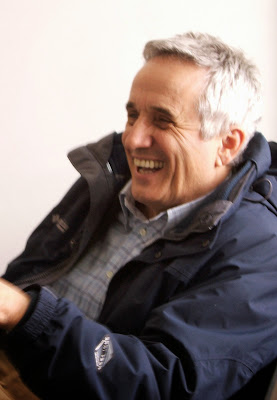 The cinematic world of Italian maestro Marco Bellocchio is one that encompasses a multitude of layers. His films speak about complex topics, including political movements, Italian history and family relations. They do so in a way that combines the artistry of filmmaking with music and dialogue rendering his films iconic works that document the history and generations of his country. He communicates the messages of his films in a universal style that translates clearly to international audiences.

The Museum of Modern Art (MOMA) in New York recently payed homage to the distinguished career of Marco Bellocchio in a retrospective that included 18 of the director's films. The works spanned from the very beginning of his career right up until today, demonstrating his ability to evolve with the changing times, while maintaining his signature elements of rebellion, psychoanalysis, mystery and fascination. On the occasion of the retrospective, a press conference was held at the Italian Cultural Institute of New York, where a book dedicated to his career was presented. Written by Sergio Toffi, long time friend and colleague of Bellocchio, Morality and Beauty recounts the director's distinguished career through images, sketches, personal testimony and essays. "Morality and Beauty" takes an in depth look at the creativity and drive of this unique artist.

Since Bellocchio is known for involving his family in the making of his films, several family members accompanied the director to New York City where he presented his book and films during the opening days of the retrospective. His son, Pier Giorgio Bellocchio, who has appeared in several of his films though the years, including his latest, Bella addormentata, commented on what it means to make cinema a family affair, explaining, "it means dealing with topics that are family matters. It means also involving your own family members in the filmmaking process but it also means developing family relations and this is where it's been the most powerful influence in my life over the years. It's been a way to deepen our relationship, to get to know each other, to improve our relationship. In making movies together, we have had very important experiences on the set getting to know each other better, fighting with each other, making up with each other, loving each other. This is something that still happens today."

I sat down with the maestro, Marco Bellocchio at the Italian Cultural Institute in New York. We talked with him about his influences,  how he evolves with the changing technology of filmmaking and the historical elements of his work, specifically, Buongiorno Notte, (Good Morning, Goodnight) the story of the 1978 kidnapping and murder of Italian Prime Minister, Aldo Moro.

There is so much artistry in your work and so many elements that contribute to the poetry of your films, especially music, which has always played a leading role. Tell us about your creative process and how you bring all these elements together to make such power films. When you begin a project, do you visualize the film as a complete work, or do you build the elements as you go along?
I do not have the whole film in my head when I start off. The film is born from sort of a dominant image, which is a starting point of a very long process through which this image develops. Then you start to create a much more detailed idea. You write down your ideas. And one of the nice things about cinema is that sooner rather than later, you're going to have to be dealing with a lot of different collaborators, script writers, the production design, the costume design and the actors. The creative process is something that involves all of them and they progressively enrich the film. And then the whole other stage of course is the shooting. And then the editing of the film is a whole other stage as well.

You're an artist that others look to as an example, and you have influenced generations of filmmakers. Has there been anyone along the way that has influenced your work?
Yes, I have been influenced by the great masters of Italian cinema; Antonioni, Fellini, De Sica, Rossellini but also very much by Italian history. I would add to that my films are very personal, almost autobiographical, even though my life story is transfigured in my films. It's transformed. It's unrecognizable. Someone that knows me wouldn't really recognize the various characters from my life in my films. But, having said that, these films are about my life and experiences in Italian society over the years, and anyone who sees my films in the United States, however, can really understand a lot about what has happened in Italy over the last 50 years.

Regarding Buongiorno notte, what was the autobiographical aspect? What did you connect with in that story?
It's something that I experienced as a citizen and as an Italian. It's an experience I live with very great emotion, the emotion of the time. I read many books about the case. I read the newspaper articles and I participated as a citizen in these events. After the tragedy, many years after, I was asked to do this film. When I was asked to do the film, then I remembred my very strong emotions toward these events and that's what became the film. So this is an example of how my biography and how my autobiography is not directly involved in the events but definitely colors my emotions toward them.

The script for Buongiorno notte was very detailed and intimate in the dialogue between Aldo Moro and his captors. What was your source of research?
Many books have been written on the case. But my one main source in particular was Il prigioniero (The Prisoner) by a woman named Laura Braghetti, who was a terrorist and was in the house where Aldo Moro was imprisoned and thus saw the whole series of episodes which took place over the 50-day period of captivity. There are other episodes that I invented but the starting point of the story was this book by a woman who is played in the film by Maya Sansa, and who unlike the other kidnappers and terrorists was both at the house where he was being held and would go to work.

How do you feel about the evolution of filmmaking from the days of I pugni in tasca to the technical resources of today? Has the new technology changed your process of filmmaking?
When I started off of course, the technology that we used was a lot heavier. The camera was heavier. The dollies were heavier. Everything was made of iron and now everything is lighter, simpler and smaller. So there's been a huge difference on the technical side. But on the other hand, I'm just adapting my imagination to this lighter technology. In terms of images and story telling, there has not been this huge change.

﻿﻿
During the press conference at the Italian Cultural Institute, Richard Peña, who has served as the program director for several film institutions including the New York Film Festival and the Film Society of Lincoln Center, reflected on the director, describing Bellocchio's early work as "a kind of political cinema that asked questions. It didn't really have that many answers. It seemed always to be in dialogue with the audience as opposed to lecturing us." He went on to describe Bellocchio's work in the 90's "at a time when so often people spoke about European cinema as having lost its way, as flailing, as looking for new things to try on or new fads or new modes. He was this director who seemed so assured, who had such a clear vision, whose works in a way were old fashioned in the best sense of the term, in that they still had that sort of clarity, that moral clarity but also a kind of esthetic clarity of what in a sense the best films could do in terms of posing problems that really push down into our everyday lives finding the dramatic meaning to make them accessible to all of us.

The films of Marco Bellocchio are important because aside from being remarkable works of art, they also serve as history lessons, and I believe that for Italian Americans in particular, this is one of the greatest reasons to see his films. Due to their international success and popularity, many are easily available stateside, including Buongiorno notte.
at June 29, 2014