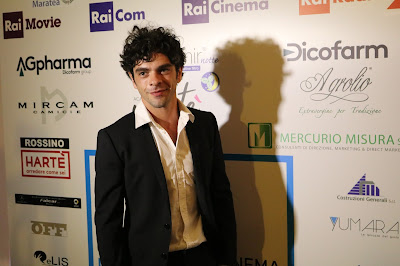 Based on a novel by American writer Stephen Amidon, Human Capital is a story of intricate emotions and human qualities. Its characters are complicated, fragile and flawed. They struggle to succeed, to find their passions, to love, to leave, to stay and to live. Yet within each one of them is a longing for stability and normalcy, to live life to the fullest while being cradled in the love and support of the people closest to them.

The film begins at the breakdown of a banquet when one of the servers is run off the road while riding home on his bicycle. What follows is a series of “chapters” in which director Paolo Virzì vividly takes us through the lives of several key players directly or indirectly involved in the accident. This analysis uncovers the secrets and struggles of the story’s characters. The film offers a side of Italian society that we don’t often see in films that make it to American shores, the upper crescent of society in particular: the CEOs, financial advisors, investors, urban sky scrapers, mansions and even tennis courts. There is not one “Italian” stereotype in this film, no colosseum, no mandolins, no mafia- and that is the aspect I admire the most. The reason for this is perhaps the fact that it was originally an American story written by an American author, which makes the film even more alluring. 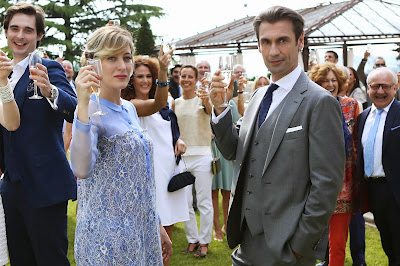 The cast is comprised of A-list Italian actors that give top-notch performances. However, the performance that I felt was the most powerful and heartfelt comes from a newcomer named Giovanni Anzaldo. His performance blew me away. He gave so many beautiful attributes to his character, Luca Ambrosini, and created a layered, complex, sensitive young man hiding in the guise of a simple but troubled kid.

Luca Ambrosini enters the story as a mischievous teenager waiting to see his therapist. He then appears every so often running into one of the main characters. Then towards the end of the film, his personal story unfolds and we are presented with this outstanding performance that brings us right into the life and complete mess of this beautiful character, making us long for more, wishing he was introduced sooner. 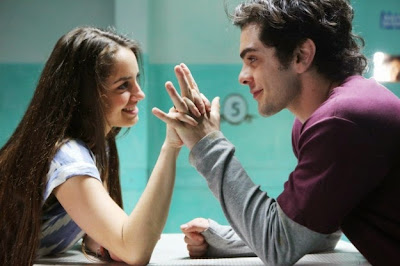 Born in Torino to Sicilian parents, Anzaldo told me that he dreamed of becoming an actor when he was in elementary school but waited until he was older and more mature to pursue acting as a profession. Sometimes discouraged, he has considered changing professions at various times through the years due to lulls in work, “living intense moments followed by gaps and silences” that cause him to question his choices. His short-term remedy to those questions is “a couple of beers”. He describes his temperament as “typical of the south” but if asked where he is from, he will tell you Torino because, “I love that city.” 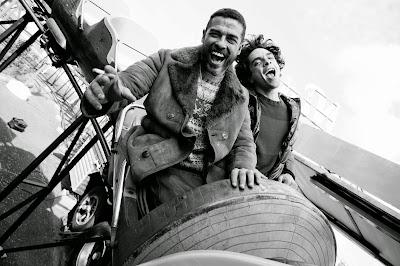 Anzaldo has worked on both sides of the camera, and is also active in theater and television. He landed his first role in 2009 on Mediaset’s crime series, Distretto di Polizia. Following that project, he worked in theater for a few years and then landed a coveted role in Marco Tullio Giordana’s 2012 film, Romanzo di una strage. The following year, he was cast as Alessandro Gassman’s son in Razzabastarda. Written and directed by Gassman, Razzabastarda is the story of a father who made a career out of crime and wants a better life for his son. Anzaldo won the Premio Gallio for Best Actor.

Then along came Human Capital and the amazing opportunity to be part of what would be a wildly international success. “The film has deserved all the success it has had”, explains Anzaldo. “It’s a story about one province, but told in a universal, modern and emotional way. The first screening I saw made me shiver. I almost could not believe it had become such a beautiful jewel. For once, I did not point out my imperfections as an actor (and there are many). I just let myself be carried away by the historic moment in which I was living.” As for the film’s director, Paolo Virzì, Anzaldo describes him as, “a great leader. He reels you right into his game, engages you, and makes you feel important. For him, the actors are everything. He cares for them and pampers them. He cared a lot for Human Capital. He invested all his energy right up until the end.”


Anzaldo continually goes back and forth between theater and film. He refers to theater as “the lifeblood of this business. I think an actor should always have a relationship with the stage and with the audience.” He describes theater as “a continuous flow, which starts at 9:00 and ends at 10:00. One scene in a film can turn into ten hours, and you must always be effective. What I love most about cinema is the narcissistic aspect.”

Anzaldo is as busy as ever these days. He has three films which will be released this year. He dreams of one day writing and directing a film. Anzaldo possesses a poetic innocence when he speaks of his dreams, saying, “they’re called dreams because you do so with your eyes closed, but when you open them and pursue them, you can only hope they will make someone else happy.”


I am sure that he will indeed make many people happy through his immense talent and innocent yet passionate outlook on life. Thanks to Paolo Virzì for adapting this captivating book into a beautiful film and for introducing international audiences to one of Italy’s brightest rising stars. Human Capital is currently available on demand and through Amazon Instant Video. For more information, visit the film’s website at… http://humancapitalfilm.com.
at May 05, 2015