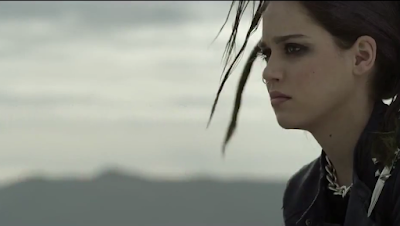 In the mid 1970’s, Italian police seized an underground publishing company for distributing a book called, How to Flee Home and Live Happily. Before the police could halt production, 30,000 copies were sold, exposing a huge problem in Italian society. Teenagers wanted to run away from home. Various reasons were cited. Since the 70’s were a politically tumultuous time in Italy, many parents did not agree with the political beliefs of their children, so those kids wanted to escape the torment of daily quarrels. Others reportedly ran away for economic reasons. Some 40 years later, statistics show that 30% of young people under the age of 20 have run away from  home at least once in their lives, and many are also fleeing from foster homes. Fortunately, the episodes usually just last for a few days because the hard reality of starting over from nothing shatters their dreams of independence. 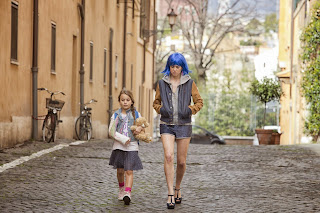 Filmmaker Tommaso Agnese is bringing attention to this national problem with his new film, Mi chiamo Maya (My Name is Maya). Set for release in Italy on May 7, the film focuses on 16-year-old Niki, who after experiencing a tragic family event, decides to take off with her 8-year-old sister. The two make their way through the streets of Rome in search of the freedom to make their own decisions and live as they want. Along the way, they meet a cast of characters that includes punk-rockers and street performers. Mi chiamo Maya is a coming-of-age story that explores self-discovery, inner-strength, soul-searching and the ability to heal.

The talented cast includes Valeria Solarino, Matilda Lutz, Melissa Monti and Giovanni Anzaldo. The quality I love most about this film is how the story is told through a female perspective. I’ve spoken with dozens of Italian actresses over the years and they’ve all said that strong, interesting female characters are hard to come by. So, this film is a refreshing change, and another indication that times are changing, especially with the recent international success of Laura Bispuri’s female-driven tale, Vergine Giurata.

It’s no surprise that a director like Agnese would veer off the general protagonist path. His career has been anything but general. He has quite an impressive resume filled with all kinds of interesting projects including commercials, short films, full-length films, video art and even an English-language film starring Daryl Hannah and Danny Glover. He was a screenwriter on the 2014 Italian independent film, 2047: Sights of Death. Featuring Stephen Baldwin, Daryl Hannah, Danny Glover, Rutger Hauer and Michael Madsen.

I spoke with Tommaso Agnese about why he chose to show the journey of a runaway through the eyes of a young girl and also what it was like to work with such a talented cast.

(Interview in English and Italian)

What was your inspiration behind telling this story?
The film is simply the culmination of my research on adolescence that I began several years ago with documentaries and short films in collaboration with schools and the Ministry of Culture. Although the film is a fictional story, it is based on the true stories of people that I met during the journey of this investigation.

Why did you choose to tell this story through the eyes of female protagonists?
I chose to tell the story through the world of women because girls grow at a faster rate than boys during adolescence. I also wanted to tell a very personal story of this protagonist. The character was inspired by my sister, a person who has lived an adolescence full of adventures for better or for worse.

Tell me about your experience working with Valeria Solarino and Giovanni Anzaldo. I recently interviewed them for other projects, and I found them to be very special, professionally and personally.
Valeria Solarino and Giovanni Anzaldo are real professionals. They are serious and focused. I have great respect for them as well as the other actors of the film. I created a strong work bond on the set. There was a lot of energy and everyone understood my vision and took my direction. They really worked hard to achieve the best results.

The story and message are universal and the cast delivering that message is outstanding. Stream it now on Amazon Prime..


For more information, visit the film’s Facebook page at- https://www.facebook.com/michiamomaya.