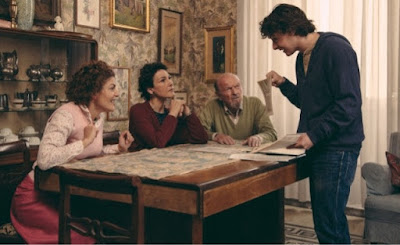 Although it's certain that Italian filmmakers will shine at this year's Venice Film Festival- (check out our Venezia 2015 archive below for a recap) and we are really looking forward to hearing all about Marco Bellocchio's, "Sangue del mio sangue",  Italian Cinema & Art Today's Top Pick - Must-See film for the 72nd Venice Film Festival is "Pecore in erba"... and here are three reasons why...

1) It stars our beloved Anna Ferruzzo
2) It takes place in the gorgeous, historic Roman neighborhood of Trastevere
3) It'll be shown in the Venice Sala Web, which means you don't have to attend the festival to see it!

The film is set in July of 2006 when Trastevere native, Leonardo Zuliani has vanished. The news  turns into a real national emergency, while a huge throng of followers gathers around the young activist’s house. His mother is beside herself with grief and the entire neighborhood is paralyzed. He’s on every TV channel and the authorities all express their solidarity with the family. Many can’t believe it’s true; they prefer to think it’s just one of his stunts. A genius in conveying his ideas, successful cartoonist, visionary fashion designer, cult author, human rights activist: but who is Leonardo deep down? With the help of leading experts and celebrities, the film traces his life, at last casting light on a key figure of our times. 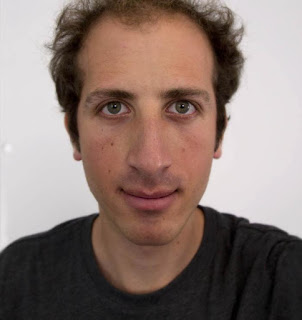 About the director.. Alberto Caviglia holds a degree in Humanities with a thesis on David Cronenberg. He attended Directing courses at the New York Film Academy and the London Film School. His passion for photography led him to graduate in 2011 at the Scuola Romana di Fotografia. He has worked as an assistant director and in several television projects. Since 2011 he has worked as a writer and director. PECORE IN ERBA is his first feature film, presented at the Orizzonti Competition of the Venice IFF.

Click here to purchase a web ticket for "Pecore in erba".