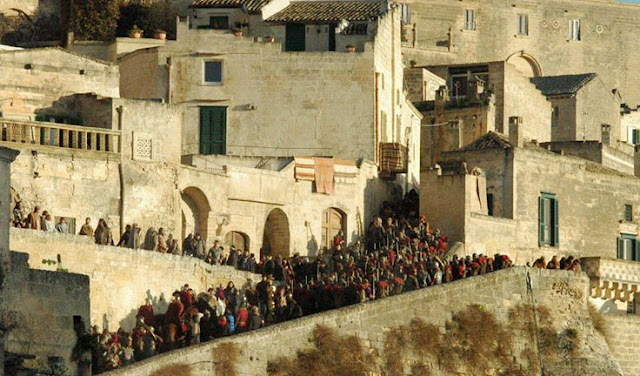 Back in January, we told you about the magical atmosphere of the historic Cinecittà making its way south to the Sassi of Matera, where the remake of "Ben Hur"  took place. Now the first official teaser trailer, which consists of a montage of set photos, has been released.

Directed by Timur Bekmambetov with "Boardwalk Empire" star Jack Huston in the title role, which was originally played by Charlton Heston, the set of ancient Jerusalem was constructed on the Cinecittà back lot for the four-month shoot. The script was co-written by Oscar-winning "12 Years a Slave" screenwriter John Ridley along with Keith Clarke, who sold the original script to MGM.

Check back here for more information and release dates.
at August 03, 2015