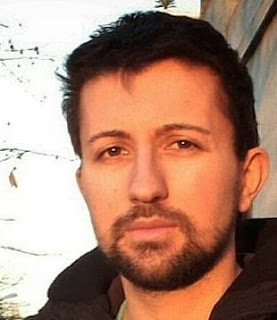 Andrea Di lorio’s passion for cinema runs deep. Born in Campobasso in 1987, Di lorio studied performing arts and techniques at Rome’s La Sapienza University. By the time he graduated in 2013, he already had an acclaimed short film to his credit and a few years later made his first feature film. Di lorio’s childhood passion for cinema began with his realization that cinema combines several art forms, so he feels that filmmaking is a complete art. Over the course of a month or so, I’ve had an interesting dialogue getting to know this up and coming Italian filmmaker. His vision is unique and his desire to bring that vision to fruition is so strong, he takes matters into his own hands, and gets his films made.


I asked Andrea Di lorio about his passion for cinema and about two fascinating films he recently made, in particular, Senza Distanza, his first feature-length film starring fellow up and coming filmmaker Giovanni Anzaldo along with a cast of seriously gifted actors- Elena Arvigo, Marco Cassini, Lucrezia Guidone, Paolo Perinelli and Giulia Rupi. 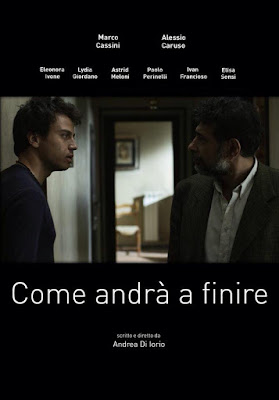 First, tell me about your short film, Come andrà a finire. It’s a very unique idea. How did you come up with it?
I wanted to tell a story about how we sometimes avoid happiness when it comes into our lives without a recognizable reason, because we think we don't deserve it. So I was interested in exploring the feelings of guilt behind refusing happiness. Maybe it's because we're too accustomed to suffering.


The follow up feature-length film, Senza distanza is equally clever. I know you’re still looking for distribution, so without giving too much of it away, what can you tell me?
Senza Distanza (Time Zone Inn) is about a bed & breakfast where you can take a training course for long distance relationships. We have two couples consisting of individuals addicted to each other. It's a movie about the fear of loneliness, about the sense of control and possession caused by sexual exclusivity. Is the traditional “couple” the only way to experience love or is it just a habit that we accept?


The performances in Senza distanza were powerful and the cast pretty young. How did you get such strong, convincing performances out of your actors?
The start of everything for me is in the writing. Then I love actors. And if the character is well written and you hire a great actor, most of the work is already done. You just have to let the actors understand the script through their own feelings and give them the freedom to explore them. As a director, you have to intervene only when something doesn't work, and often if something doesn't work it's your fault because there's something in the script that doesn't work. Every actor has his own way to understand the character. I like talking with the actors before shooting begins, but when you're on set you have to let them feel free to be creative. You will be surprised and that's one of the most beautiful sensations you can get while filming.

Do you consider your work to be independent filmmaking? If so, describe to me the indie film scene in Italy right now. It seems that young filmmakers like you are taking their dreams into their own hands and making their films themselves rather than waiting on producers.
I don't like to put the "indie" label on a movie. Sometimes films with a very small budget like mine use it to show or flaunt their austerity, their lack of financial resources. When I made this movie, I wanted to demonstrate that you can achieve the same results of a big budget movie in terms of mise-en-scène, cinematography and acting. I think there are a lot of talents out there. You can produce your own film like I did but you can't go on this way forever. There comes a time when you have to find a smart producer who believes in your work, but before that, you need to have a good idea and write a good screenplay.


You mentioned to me that you prefer to keep your films set in one location. What is your reasoning behind this?
I love all kind of movies, all the genres. Many of my favorites are shot in only one location, like some by Roman Polanski. A one-location-shot movie allows you to observe closely the reactions between the characters. I like to put characters in one place where a paradoxical situation is going on: you will discover sides of the personality you couldn't imagine.


You are very passionate also about American cinema, the movies of Woody Allen in particular. What are the qualities you admire most about American cinema?
I am a huge fan of the New Hollywood films of the '70s, but I like also classic Hollywood movies and others from the '80's and '90s. American cinema taught us how to combine entertainment with profound lessons. It showed us that it's possible, and we always have to remember that when we write and shoot a movie. Woody Allen and Ettore Scola are my favorite writers/directors of all time. They both have made many films because they weren’t concerned about achieving the biggest masterpieces in the history of cinema. They're authors who just want to tell stories. Then they made masterpieces but it was a spontaneous process coming from the need to make movies. Both direct their own screenplays and that's very important to me. I love Allen's movies because they’ve helped me to appreciate the beauty of life out of the tragic lack of a meaning. Allen always says that life is tragic because it's meaningless, but the trick is to find the beauty and the joy that each day can give you.


The work of Ettore Scola has been important to you, and now the whole country of Italy is mourning his death. What is Scola's legacy on Italian cinema and personally, what did he mean to you?
I will miss Scola so much. His films were like life: everything was in them, every possible human feeling. Those are the best kinds of movies for me, the ones that you watch and feel all the sentiments you experienced in your life. All the new generations of Italian filmmakers will remember this great teacher. Humanity always came first in his films.


Andrea Di lorio's 2011 short film, Come andrà a finire is on YouTube. We will keep you posted on distribution for his feature-length film, Senza Distanza.
at January 20, 2016