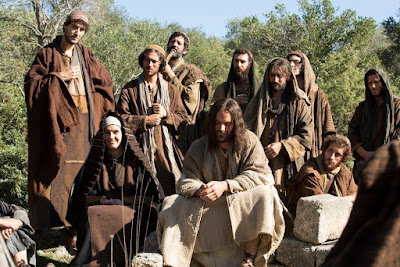 Cinema history is about to be made at the 73rd edition of the Venice FilmFestival coming up in September. The festival just announced the world premiere screening, in a special 40-minute preview, of “Jesus VR - The Story of Christ”, the first Virtual Reality feature-length film ever made. The 90-minute film covers all of Jesus’s life and death, from his baptism to the Last Supper to his crucifixion. Shot in Basilicata’s ancient Sassi district of Matera, the film will be released to the public in December on all major mobile and premium VR platforms.


“I am beyond thrilled to be a part of this groundbreaking project. It’s as exciting a take on the story of Christ as I’ve ever seen and its production values will absolutely set a new benchmark for virtual reality,” said executive producer Enzo Sisti in a statement about the film. Sisti worked on Mel Gibson’s “The Passion of the Christ”, which was also filmed in Matera.


“The viewers truly feel they are there with Jesus and his disciples,” director David Hansen said in a statement. “This is the most powerful story of all time and virtual reality is the perfect way to tell it.”


Matera-born actor Walter Nicoletti plays the role of the disciple, James. Earlier today, we spoke about his experience working on the film and what he thinks about all the film production taking place in his region of Basilicata. 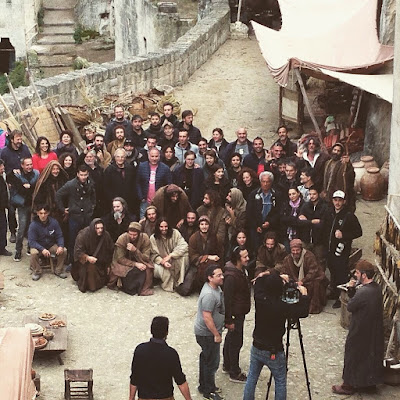 Tell me about your experience working on this film. Since Matera is your hometown, it must have been poignant to be a part of such an important production.
It was an amazing international experience that will make history, considering that "Jesus VR - Story of Christ" is the first feature film shot in 360-degree 4K video (virtual reality). I was offered the role after attending a casting call in Matera, the city where I was born and still live. I work here as an actor and I am also the founder of Voce Spettacolo (an online news journal). This was my first opportunity to play an English-speaking role. The film was shot using the biggest VR production crew ever. Hundreds of technicians and collaborators worked together to make this film. The cast is composed of extraordinary actors with great rapport and mutual respect for each other that has lasted long after the shoot.


How much of the cast and crew were locals?
The cast consists of professional actors from around the world and from Basilicata and Puglia. The crew was made of up of Italians and Americans from Cinecittà and Los Angeles who joined together to tell this story. Many extras were selected in Matera.


What were some of the locations?
The film was shot entirely in Matera, Sassi, and part of the Murgia Materana- fantastic natural locations. All the area is amazing for any type of film project. You can also use it for westerns or sci-fi movies, like I did with my last movie called TEK, the first Italian cyberpunk western. I produced it and I also play the main character. It's directed by my friend David Cinnella, an Italian-American director.
Read my interview with David Cinnella about his film, TEK.


Tell me about your character, the disciple James (Giacomo).
I played the role of the disciple James (James The Lesser), also called "the right", and founder of the Church of Jerusalem after the death of Jesus. I studied so much for this role and I felt strong emotions for the character. I grew artistically and spiritually because I shot some scenes near the Messiah. I always felt a great positive energy on the set that sent me back in time to relive the millennia of Christian history near my home. I felt a great responsibility because I had to play one of the twelve disciples, always regarded as great humans for all who seek the Way, the Truth and the Life. Thanks to this role, I realized that life is extraordinary.


What did you do to prepare for the role?
When I was informed that I got the part, I spent my days studying intensely. I did a lot of historical research on the character. I documented his life through books, videos and documentaries. I traced the history of the Bible to understand the essence, the spirit and humanity of this man who gave service to God. 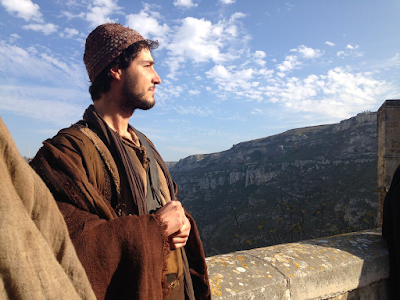 What are your thoughts on the increase in film production in Basilicata over the last couple years? What are the qualities of the region that draw film crews?
Basilicata is an extraordinary land to tell any story. When I travel by car, I am always enchanted by looking at the scenery and nature. Then I think about the films that could be made here. Hollywood has discovered our territory, but this is not enough because we need to work on giving opportunities also to young, talented Lucani around the world. There are young people who have extraordinary qualities, strong creativity and professionalism, but they had to move away from their families and this is very sad. In recent years, I founded Voce Spettacolo and I created a group of filmmakers to export their films all over the world. The movie industry is growing here, so it's time to write the story of our future. Our hearts will always continue to love Lucania and the seventh art (cinema).


From September 1st to the 4th, the Venice Film Festival will offer screenings of the technology applied to the making of “Jesus VR – The Story of Christ”. The screenings will be held in the new VR Theatre, on the second floor of the Casinò, which will be equipped with 50 VR Head Gears for individual viewing on seats that pivot 360°. Click here for more information about the screening.
at August 21, 2016