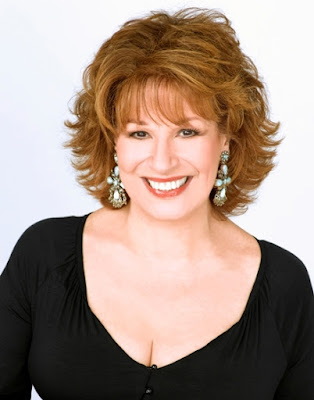 It's recently been announced that Joy Behar will be among the cast in Woody Allen's upcoming Amazon series, still untitled. It won't be the first collaboration between the two New York comedians. A few years ago, I spoke with Joy Behar for Fra Noi Magazine and she told me about her unique experience working on a Woody Allen film. In light of this latest announcement, lets revisit that interview.

Born Josephina Victoria Occhiuto in Brooklyn, New York in 1943, Joy Behar grew up in a poor neighborhood, but had a supportive family and drive that would eventually take her to the top of her game. Well educated, Behar holds a Bachelor's degree in Sociology and a Master's in English Education. She's done stand up comedy, acted on the big screen, appeared on numerous TV shows, written books and has interviewed some of the most influential people in the world. Not bad for a kid who grew up in a tenement!


Behar is widely known for her work on the daytime talk show, The View. Although the show has gone through quite a few host changes, she is one of the original cast members, despite a two-year hiatus. In the early days, she filled in when Barbara Walters was on assignment. Before long, she became a regular co-host and audiences love her. She's been known to stir things up and is not afraid to say what's on her mind, more so this campaign season when talking about our controversial Republican presidential nominee. She's been criticized for being so open but she takes it all in stride and credits her family for always encouraging her to speak her mind. Behar is strongly supportive of up and coming comedians. As she was once in their shoes, she understands how difficult the business is and helps them by conducting workshops and featuring them on her segment called, Joy's Comedy Corner.

During our telephone interview, we talked about her Italian American heritage, co-hosting the popular daytime talk show, The View and working with Woody Allen on Manhattan Murder Mystery.

What was it like growing up Italian American in Brooklyn during the 40's and 50's?
I grew up in Williamsburg, Brooklyn. It was a completely different neighborhood back then. It was full of colorful characters and hanging mozzarella. It was the time of Joe DiMaggio and Frank Sinatra, so it was like a badge of honor to be Italian. I came from a working class family.  My mother was a sewing machine operator and my father was a truck driver for Coca Cola. We lived in a tenement, but I was treated as if I was upper middle class.  I was an only child and always doted upon by my parents and aunt and uncles who didn't have any children. My mother took me shopping at Macy's in Manhattan where she'd buy me holiday dresses. I took ballet lessons at Carnegie Hall and acting lessons at Junior Dramatic Workshop, the same place where Marlon Brando studied. So, it was a tenement life with contradiction.


You are naturally funny... even when you're talking about serious issues.  Did you always see the humor in different situations?
Yes, I was a post-war baby and every family has these depressed upset people. My family had an obsession with taking me to wakes and funerals. So, when we'd get back home, I'd mimic some of the people there and everybody would laugh. I wanted to deal with that with humor. It was like wearing a helmet to play football.

﻿
I read that working with Woody Allen was a dream for you.  What was it like to fulfill that dream?  Was it everything you expected?
Well, Woody Allen is a great comic writer, so to be in one of his films was a thrill for me. The film was Manhattan Murder Mystery. It was during the whole Soon-Yi debacle but he was very focused on the film and what he was doing. I met Allen Alda while working on the film and he has remained a good friend of mine. So, the whole experience was great.

Tell me about your experience on The View.  The show has really served as a platform for you to discuss your thoughts on politics, religion, your Italian American heritage...etc.  You've been both praised and criticized for your opinions.
I was raised to speak my mind and nobody ever told me to shut up! So, it's the perfect job. The Italian American community loves America. We're very patriotic, and I practice free speech. Not everybody likes the way I think, but that's okay. I don't like the way they think either!
﻿﻿
Does your Italian American background influence your work and who you are today?
Totally. I talk about my experience in my act. Italian American artists in my age bracket are all over the place. The world is changing and that experience of the 50's was a unique experience. So, I like to capture the moment of what it was like growing up then, and it was an interesting moment. I have a great collection of slides from my childhood that I use in my act. 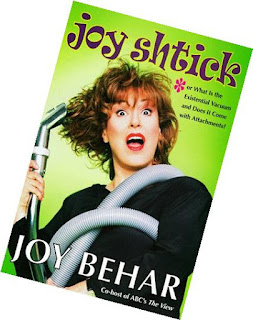 What can we expect from you in the future?

Well, I'm satisfied doing stand-up, writing books and working on "The View." I like to keep busy or else I get bored.


Woody Allen's Amazon series is slated for a 2016 release, but the date has not yet been announced. You can seen Joy Behar weekdays on ABC's The View. She's written several books, including a collection of hilarious essays and stories called Joy Shtick — Or What is the Existential Vacuum and Does It Come with Attachments?.  She's also written a children's book called Sheetzucacapoopoo: My Kind of Dog.

Click here for more information on ABC's The View and to watch clips.
at August 03, 2016