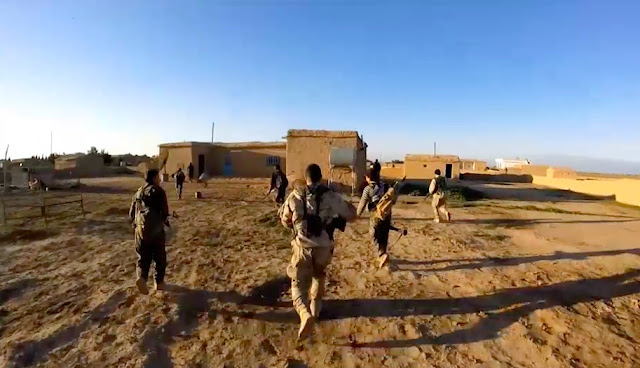 The documentary film, Our War by Benedetta Argentieri, Bruno Chiaravalloti and Claudio Jampaglia premiered "Out of Competition" at the 73rd Venice Film Festival. An intense, fascinating story about three Western volunteer fighters for the YPG (People's Protection Unit) or the Kurdish Militia, the film takes us to the front lines of the war between the Kurds and ISIS.

Our War begins with narration from the perspective of a Kurd in the region of Rojava talking about the fight against the Islamic State and how this battle has not only destroyed his land but has also caused his people to be accused of terrorism. The people of this region just want to live in peace and have the same liberties and freedoms as everyone else. That is why they are continuing the fight in search of a "common solution". 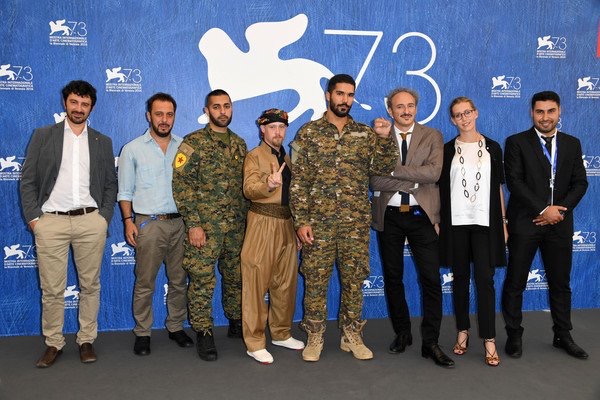 Joshua Bell of the United States, Karim Franceschi of Italy and Rafael Kardari of Sweden open up about the reasons they volunteered to leave their safe homes for Kobane and join the Kurds in taking back their land. Actual footage of the fighting amidst the destruction and leveled structures of Kobane along with the recollections of these brave men, give us an idea of what they went through and why this war is so important to each of them. They talk about how they managed to survive, how the experienced changed them and what they are doing to bring awareness to the plight of the Kurds and the work being done by the YPG.

"You're not fucking Rambo." Joshua Bell talks about the problems with many volunteer foreign fighters and how they don't respect the culture. "They think they're just going to be handed a gun and told where the bad guys are."
They each talk about experiencing the loss of comrades. Bell shares the story of finding out about the death of a woman he befriended with whom he talked at length about ideology and life. He was sad and shocked to hear about her death but knew that he had to move on and not let the loss change him and make him a "liability in the battlefield rather than an asset."

Although the images and subject matter are strong, there are also some light moments. In one scene, a fighter is pretending to call President Obama on the phone to thank him for the airstrikes. We also see each man at home living his daily life. We see Bell being interviewed by FOX News in New York about the experience. He also travels to Washington D.C. to hold the YPG flag in front of the White House and to bring attention to the militia.

Our War is a moving story of having the courage to stand up and fight for what you believe in. It offers insight into the heartbreaking images that we have been seeing- the children in particular that are the victims of a brutal war. The film is available on Festival Scope until September 15. I highly recommend it.
at September 13, 2016