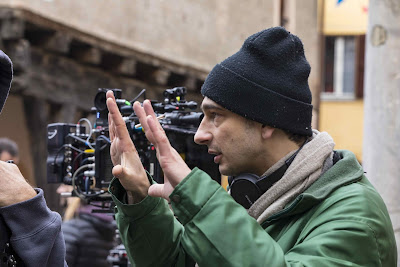 The European Film Awards has announced a winner for the 2020 Young Audience Award and it goes to an Italian director. Stefano Cipani received the award for his debut feature film, "Mio fratello rincorre i dinosauri" (My Brother Chases Dinosaurs). The winner was selected by 12 - 14-year-olds in 55 cities across Europe.

Starring Alessandro Gassmann and Isabella Ragonese, "My Brother Chases Dinosaurs" is the story of Jack (Francesco Gheghi) and his brother, Giò (Lorenzo Sisto), who has down syndrome. As a child, Jack believed the well-intended lie his parents told him, that Giò was a special being with superpowers, as in a comic book. Now that he is about to go to high school, however, Jack no longer believes that his brother is a superhero. In fact, he is sometimes embarrassed by him, especially since meeting Arianna, his first love. Jack feels that he cannot risk making a bad impression with the girl of his dreams, and looking after his little brother with his unpredictable behavior soon becomes a burden. So, Jack pretends not to have a brother at all. But you cannot expect someone to love you with your imperfections if you cannot do the same,  and this is a life-lesson that Jack will have to learn. Ironically, Giò will be the one to teach him.

Check out the trailer...