A Conversation with Director Luca Caserta 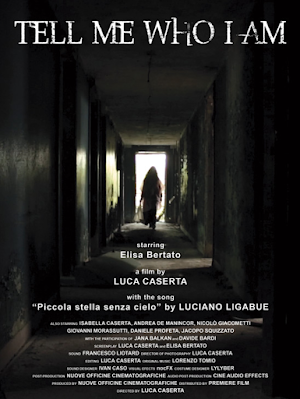 Luca Caserta's 2019 short film "Dimmi chi sono" (Tell Me Who I Am) has received high acclaim from every corner of the globe.

"Dimmi chi sono" is the story of a young mother who is violently attacked during a walk and is so traumatized, she loses her memory, taking shelter in an abandoned house doing what she can to get by. The film was inspired by a true story that Caserta saw on the news in northern Italy.

Actress Elisa Bertato delicately balances the myriad of emotions that her character is feeling including fear, loneliness, confusion and determination. The film speaks to the international movement aimed at ending violence against women and has taken on its own voice in spreading awareness of the movement throughout the world.

The film was recently in the lineup of the Italian Section of the Rochester Independent Global Film Series, which I curated and in doing so, had the opportunity to speak with the filmmakers about the stories behind their works. Check out highlights from my interview with Caserta..

Born in an artistically inspiring environment within a family of directors, writers and actors, Caserta earned a Master’s degree in Prehistoric Archaeology before deciding to pursue an artistic career. He began by working in theater. He then pursued a filmmaking degree at the Movie Academy of Cinecittà in Rome, studying under the direction of Golden Age director and screenwriter Carlo Lizzani along with Giacomo Scarpelli, Cristiano Bortone, Franco Brogi Taviani and Mario Brenta. He also studied cinematography with Giuseppe Pinori, Daniele Nannuzzi and Giuseppe Berardini and attended workshops held by Pupi Avati, Carlo Verdone and Luis Bacalov.

At Centro Sperimentale di Cinematografia in Rome he attended the intensive laboratory in direction of photography with Giuseppe Lanci and took part in several workshops, including “Working with the light” with the director of photography Alessandro Pesci.

In 2011 he wrote, directed and co-produced the short film “Inside the Mirror” with editing supervision by Ugo De Rossi, who worked with many maestros of Italian cinema, including Federico Fellini, Pier Paolo Pasolini, Bernardo Bertolucci and Francesco Rosi. The film, along with “Out of the Depths" (2014) and “The Other Side of the Moon” (2016) is part of the “trilogy on the double," which focuses on the investigation of what is hidden in the deepest part of the human soul. “Out of the Depths” was acquired by IndiePix Films, which offers it on demand in the United States and worldwide through its website. Click here to watch it.

Whether cast as a princess or a pauper, she managed to bring ancient Rome to life with her sophistication and goddess-like looks.   Born in ... 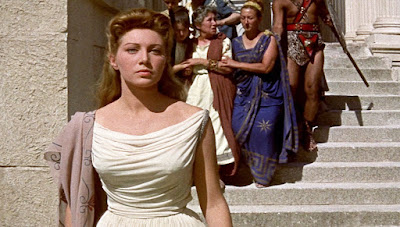