A Conversation with Sergio Castellitto 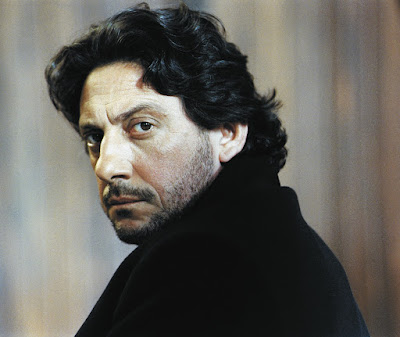 Sergio Castellitto has made a profound impact on world cinema, both in front of and behind the camera.


Born in Rome in 1953, Castellitto graduated from film school in 1978 and credits American cinema with pushing him toward a career in acting. His work has garnered numerous accolades, mostly because of his immersive, original approach to projects in film, television and theatre. Castellitto is fluent in French and English, which have contributed mightily to his international stardom. But it's the actor's trademark brown eyes and charming everyman qualities that have lent his various characters -- even the ones that are rough around the edges-- an air of dignity other actors might not have achieved.

Castellitto made his film debut in 1981, and just two years later found himself working alongside maestro Marcello Mastroianni and French actress Anouk Aimée in Il generale dell'armata morte.  Films such as Paura e Amore, L'uomo delle stelle, Caterina va in città and Bella Martha heralded Castellitto as a versatile artist with far-reaching abilities. But it was the success of his 2004 film, Non ti muovere, which he co-wrote, directed and starred in, that catapulted his career to the next level. The screenplay was adapted from a novel written by his wife, Margaret Mazzantini, and earned raves from audiences and critics around the world. The film is heavy and deeply emotional on many levels. It explores adultery, representing many points of view including the husband, wife and mistress.  It touches on the relationships between a father and daughter, between a mother and daughter, uncovering the differences. It is a story of humanity; the inner struggles with right and wrong, the ability and inability to make peace with our mistakes, the challenge of being honest and proceeding through life with respect and dignity. It’s about living and dying.  It’s about love, anger, passion, choices and consequences.

In 2008, he worked with fellow actor, Pierfrancesco Favino on the American action/adventure film, The Chronicles of Narnia: Prince Caspian. The role offered a great opportunity for Castellitto to reveal a lighter, more adventurous side, which is a departure from his more traditional heavier Italian roles. 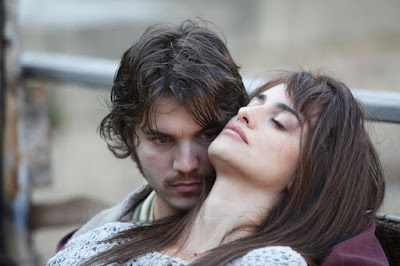 Then in 2012, Castellitto teamed up again with actress Penelope Cruz for Venuto al mondo (Twice Born). Adapted from Margaret Mazzantini's novel, the film is set in Sarajevo and retraces the story of Gemma and Diego, a couple whose relationship was torn apart because of war. Gemma returns to the city after escaping years earlier with her son, played by Pietro Castellitto, the son of Sergio Castellitto and Margaret Mazzantini. The two are forced to face the toll that war took on their lives and they experience the power of love as it helps to redeem what was lost. The film premiered at the 2012 Toronto International Film Festival.

I caught up with Castellitto at the Walter Reade Theatre in New York City where he was being honored for his distinguished career.

What was it like working with so many icons in the early years of your career, and how have those experiences influenced you as a filmmaker?
In my career, I’ve had the privilege of working with the great directors of the past and some great actors like Marcello Mastroianni, Vittorio Gassman and Manfredi. I’ve also had the chance to work with some directors of my generation, so I’ve had both experiences.  Working with the masters has helped me to understand many things about my work. I think that I grew up in an incredible culture because Italian cinema is one of the most important in the world.

How did your film- Don’t Move come about?

The film was inspired by a book written by my wife. When I started to read the book, I started to imagine the images behind the words and then I started to write the first draft of the script alone.  Margaret didn’t want to write the first draft with me because she thought that I had to be alone to choose the direction of the movie. I think that first of all, it is a love story. You know, a love story is a real stereotype of cinema but there is something that makes this story original. Timoteo at the beginning of the movie is violent, but I think Timoteo is a victim of himself and when he is in Italia’s house for the first time, he recognizes the hole he has in his soul.  In a love story, there is always a conflict.  The stronger and tougher the love story, the bigger the conflict. 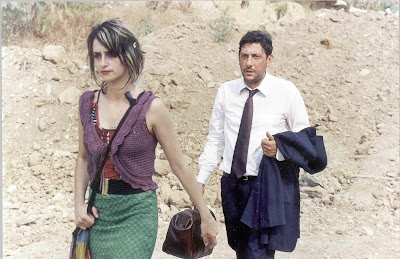 How was Penelope Cruz cast for the part of Italia?
There was an opportunity to do a co-production with Spain, but I was worried about Penelope when I met her for the first time in Paris. I told her that I was scared about her beauty, her glamour. I thought that it was not correct for the character, but I think she was amazing. She loved the character of the story and she was so generous and so available in every way, in every scene, also the more difficult scenes, like the scene at the beginning of the movie. It was not so easy to act at the same time as being the director.

How do you balance a career of writing, acting and directing with being a husband and father?

For me, my work is very, very important but it is not the most important thing. The most important things are my private world and my relationships. The point of reference for my work is life.  It is important in life to understand things. If you understand something in your life, you can put your experience in your work. So, there is no difference for me when I talk about a movie or a script with Margaret. We never divide the experience. For me, Don’t Move is not only a movie, but an experience from my life because I think Timoteo, the main character, is an incredible portrait of a contemporary male, a man of today.  So, I used Timoteo.  I used the movie also to understand something of myself. I am not like Timoteo, but I feel that a dark side is in everybody. A time arrives in your life when you have to deal with it, confront it.  You can’t live all of your life without seeing the truth.

In July of 2017, Castellitto hosted a Master Class at the Southern Italian film festival, Le Giornate del Cinema Lucano. He talked a lot about his collaboration with his writing partner/wife Margaret Mazzantini. He called their relationship more than just a love story. He said it was destiny. Considering all the beautiful works they've created together over the years, one can't argue.

Sergio Castellitto is passionate and aggressive in his approach to his work. Whether he is working in television or film, in front of the camera or in the director's chair, he takes his Golden Age experience and applies it to his modern stories, creating timeless, classic films.