Valerio Mastandrea- From Poetry to Drama.. He does it all 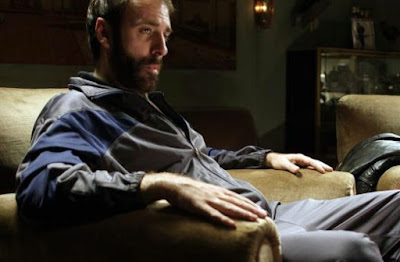 Born in 1972, Mastandrea began his career some 20 years later by accident.  He accompanied a friend to an audition and ended up landing a part in the film when the director saw him. Since then, he’s been working non-stop, appearing in nearly 50 movies in just 15 years. Just watch him perform and you’ll see why. To say that Mastandrea has a strong on-screen presence is an understatement. He grabs and takes ownership of his scenes in way that comes across as effortless to the viewer.  His performances are very intense and dramatic as he gives 100% in every role he chooses. What sets Mastandrea apart from other actors is the diversity of those roles.

For example, in Daniele Vicari's 2001 blockbuster hit, "Velocita Massima" (Maximum Velocity), a film about the culture of street racing, Mastandrea takes on the role of Stefano, a mechanic who rebuilds engines to be used in races. His role shows the sides of being a young guy involved in this dangerous nighttime activity as well as a more sensitive side when he is betrayed by his friend. The film was screened in competition at the Venice Film Festival and really put Mastandrea on the map as a leading man.

In "Nessun messaggio in segreteria" (Sorry You Can't Get Through), Mastandrea assumes the alter ego of a shy guy who longs to be outgoing and fun in order to win the lady of his dreams. He obviously had a lot of fun with that part as it's a lot of fun to watch him!  He plays the same character as Pierfrancesco Favino, who is also known for his dramatic roles and intense performances, so it was interesting to watch these two stars interpret the same role. 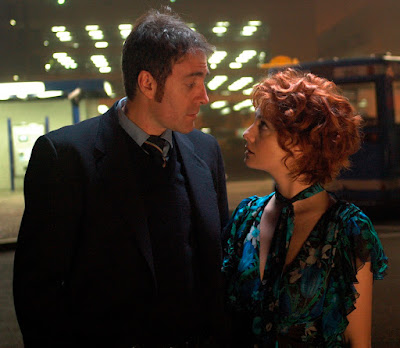 In Davide Marengo's 2007 crime comedy "Night Bus," Mastandrea plays a gambling addicted bus driver who is unknowingly tricked by femme fatale Giovanna Mezzogiorno into transporting her across country. His naivety is endearing and even though his character has faults, you can't help but take his side and really empathize with his struggles and flaws.


In Gianni Zanasi's family comedy, "Don't Think About It," Mastandrea is a somewhat successful thirty-something rock and roll guitarist who is a bit beat up and returns to his home in the seaside town of Rimini for some much needed R & R. Upon his return, he is thrown into the typical and not so typical dramas of any Italian family and so his R & R turns out to be anything but relaxing!  It's a dramatic but hilarious film that showcases Mastandrea's flexibility and comedy side. 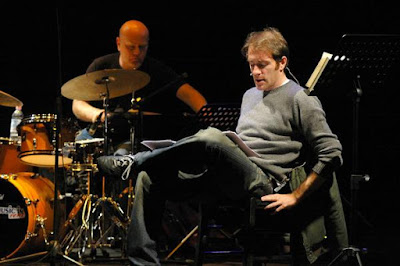 In 2007, Mastandrea was in New York City to perform with the production, Accattone in Jazz as part of New York City’s tribute to Pier Paolo Pasolini. The project is a mix of theatre production and jazz concert. I spoke briefly with him and it was a thrill because he told me that I was his first American interview and his first interview in English. It was short but definitely sweet.

How did you get involved in this project, "Accattone in Jazz?"

The project started five years ago at a jazz festival. The organizer asked me to read something about Pasolini to make sort of an adaption of one of his screenplays. I knew Accattone very well, so I found the script and created an act based on the dialogues. I play all the characters in the movie while the jazz musicians play along. Its really a jazz project full of improvisation. We have 10 chapters in the movie: the beginning, the middle and the end. We play all together and my words become music and their rhythm become words.


How did you get into acting?
I began with an independent movie. I went to an audition with an actress and that’s how I met the director and he said, do you want to be in my movie? So, that’s how I started.

Tell me about your work as an actor.
I’ve been making movies since 1993. Now, I’m working on a project with Ferzan Ozpetek. It’s an intense story about a family in Italy. I make a lot of independent movies and work with many young directors. Film actors in Italy have a hard time competing with the frequency of television. So if I’m still a working actor and I’m happy, that means the roles I choose are okay. The most important thing is being happy doing my job.

What do you think about Italian cinema today?
If you ask any Italian producer, he’ll say it’s okay. The business is getting better but the battle is still hard because we don’t have the government backing our needs, and without that backing, it’s really hard to make movies about our culture.