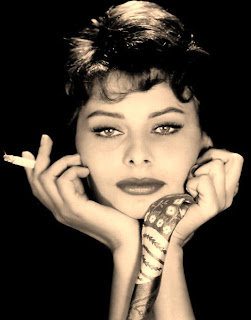 Sophia Loren is the epitome of glamour but her beginnings were humble and she has never forgotten where she came from.


Born Sofia Villani Scicolone on September 20, 1934 in Rome, Loren endured much hardship during the first decade of her life. She was brought up in the poverty stricken Neapolitan suburb of Pozzuoli during World War II. She was raised by a single mother who received no support from her father. The odds were stacked against her until one beauty contest changed everything. Loren was just 14 years old when she placed as a finalist in the contest. She was spotted by film director Carlo Ponti and her life changed forever. He became her mentor and under his supervision, Sophia enrolled in acting classes and shortly thereafter was taking small parts in films. She was originally credited in those films as "Sofia Lazzaro" because people joked her beauty could raise Lazzarus from the dead. 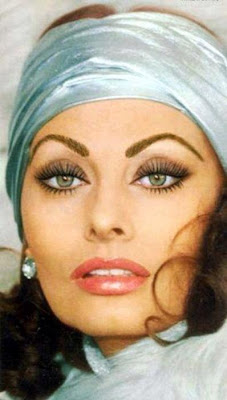 It was clear just from those bit parts that Loren was a leading lady, and it wasn't long until she was indeed a star carrying a movie on her own. Her first starring role came in 1953 in the Italian film version of, "Aida." Loren played the title role, a performance that was met with critical acclaim. She also earned accolades in Vittorio De Sica's 1954 comedy and tribute to Naples, "L'oro di Napoli" (The Gold of Naples). Loren quickly became a superstar in Italy and crossed the border with her first international hit that same year, "La Donna del Fiume" (The River Girl).

Her first English-language film came three years later in 1957 with "Boy on a Dolphin" co-starring Alan Ladd. Loren's most memorable scene was emerging from the water in a wet, transparent dress. She went on to appear in many more American films, although they weren't all received with rave reviews. In 1960 she returned to work in Italy and starred in the violent wartime film, "La Ciociara" (Two Women). Her performance earned her an Oscar for Best Actress and was the first Academy Award ever given for a role in a foreign language film.

Through the '60s, '70s and '80s, Loren worked on both sides of the Atlantic and it was during those years that she made her blockbuster hits with the beloved Italian maestro, Marcello Mastroianni. Among their most cherished films are Ettore Scola's "Una Giornata Particolare" (A Special Day) and Vittorio De Sica's 1963 comedy anthology, "Ieri, oggi, domani" (Yesterday, Today, and Tomorrow).

Watch Loren and Mastroianni talk about "A Special Day" with host Dick Cavett..


Then there is "Matrimonio all'Italiana" (Marriage Italian Style) with Loren as a prostitute who tricks Mastroianni into marriage. The two had so much chemistry, their scenes together just seem effortless. She didn't act very much in the '80s but made a bit of a comeback in the '90s with roles in Robert Altman's, "Ready to Wear" and the comedy "Grumpier Old Men." During the last 20 years, she's done a number of things outside acting including authoring cook books and designing eye wear, jewelry and perfume. In 2001, Loren received a Special Grand Prix of the Americas Award at the Montreal World Film Festival for her performance in her son, Edoardo Ponti's independent film, "Between Strangers."  Her most recent film was her 2009 role in Rob Marshall's film version of "Nine," which was adapted from playwright Mario Fratti's stage production. 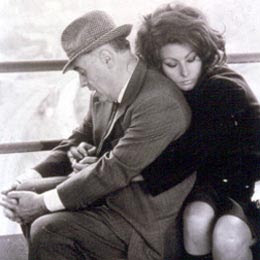 Through the years, Loren stayed close to her husband's side. Ponti was 22 years her senior. He played an enormous role in her life. Some say that he was the only father figure she ever had, but he was also her mentor and acting coach and ultimately was responsible for making her the star that she is today. The couple have two sons, Carlo Ponti, Jr. who is a renowned orchestral conductor and Edoardo, who followed in his parents' footsteps and became a filmmaker. Carlo Ponti passed away in 2007, and Loren said that she would never marry again because "it would be impossible to love anyone else."

Loren is indeed a living legend and with all the stars that come and go today, it is so nice to look back on her work through the years and enjoy the passion, dignity and respect that she has brought to each and every role. She is the very definition of "class."