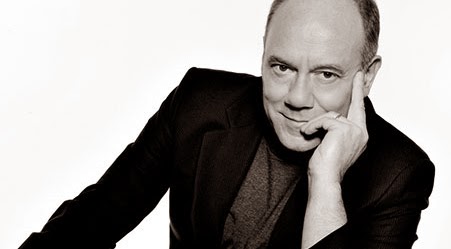 I recently attended Indiana University's annual symposium, New Trends in Modern & Contemporary Italian Cinema. Presented by the Department of French and Italian, the symposium is organized by Professor Antonio Vitti along with several of his colleagues, and features an array of events putting modern Italian cinema at front row, center. The symposium consists of presentations made by scholars, students, experts and journalists, including yours truly. It was an honor and pleasure to speak in front of an audience who also shares a passion for Italian cinema and culture. Every year, an Italian filmmaker is invited to the symposium to be honored. This year, the great Carlo Verdone was the designated honoree. Several of Verdone's films were shown and he was on hand to present each and every one of them.

I'd like to share my presentation. I talked about the evolution of Italian from the very first film made by Filoteo Alberini to the challenges facing independent filmmakers today and how their determination does not allow budget constraints to stop them. In a way, history is repeating itself, and filmmakers are once again taking their cameras to the streets of their towns and making beautiful, moving films.

Filoteo Alberini. It's not a name that's easily recognized but it belongs to a man who literally set the stage for Italian cinema. The first Italian movie ever made premiered in 1905. It was directed by Filoteo Alberini, an inventor and pioneer whose vision paved the way for filmmakers all over the world. "La Presa di Roma" is a silent film that recounts the siege and capture of Rome by Italian troops in 1870. Made under the watchful eye of the Italian Ministry of War, it was the first film with a plot that told a specific story, and launched Italy's most successful silent film genre: the historical epic.

Fast forward four decades and the names are more recognizable.. Rosellini, De Sica, Visconti. These directors flourished during a time when there were no resources to make movies; and the Neorealism film movement was born. Roberto Rossellini's "Roma città aperta" is credited with starting Neorealism. Released in 1945 after Rossellini took his cameras to the streets when war-ravaged Cinecittà was out of commission, the film set the tone for others that would follow; people of all walks of life coming together to find hope in the darkest of days when there really seemed to be no hope at all. Pier Paolo Pasolini continued through the '60s with that message. Films like "Accatone" and "Mamma Roma," showing poverty stricken Roman suburbs are timeless works that are just as esteemed today as they were when they were made.

In my 10 years writing about modern Italian cinema, I've asked dozens of young filmmakers what they consider their biggest challenge, and they have all said financing. There are very limited resources for filmmaking in Italy. But that hasn't stopped them. When money is tight, they take their cameras to the streets and make movies like La CapaGira and Sangue Vivo. Southern directors like Alessandro Piva and Edoardo Winspeare have inspired others to follow their leads, and beautiful movies have been created. Movies that were not made on sound stages, rather created with many non-professional actors who truly represent modern day Italy. Those two movies in particular made their way to Lincoln Center and were shown to packed theaters of New Yorkers who wanted a glimpse into the Italian life away from the overpriced dishes of spaghetti vongole in ristorantes facing the Colosseum. This new generation of directors returned to the filmmaking of their post-war predecessors, out of necessity.. and ended up turning the International spotlight once again on Italian cinema.

Directors like Matteo Garrone, Giorgio Diritti, Gianni Zanasi, Wilma Labate and Daniele Luchetti fit in perfectly with the well-established, bigger budget filmmakers like Carlo Verdone, Cristina Comencini, Nanni Moretti, Ferzan Ozpetek, Silvio Soldini and Giuseppe Tornatore because no matter the budget of the filmmaker, the common denominator is the strong desire and passion to tell stories about their beloved country.. whether it be a specific region or a grand historic event. This desire goes all the way back to Filoteo Alberini when he wanted to document the siege and capture of Rome and actually invented a camera, called the Cinetografo, to do so.. to the post-war filmmakers who wanted to tell stories of survival to Carlo Verdone, Sergio Castellitto and Nanni Moretti who portray the modern middle-aged Italian man.. the challenges and debacles of a father, husband and struggling provider... to younger directors like Alessandro Aronadio and Giulio Manfredonia who speak of the challenges facing younger generations.

We've experienced illegal immigration off the coast of Sicily through the lens of Emanuele Crialese; the plights of a single working woman in Milan through the lens of Marina Spada; and the life and death of a beloved mother in Livorno through the words and direction of Paolo Virzì. Each of these films, "Terraferma," "Il mio domani," and "La prima cosa bella" reached beyond Italy and were seen by moviegoers all over the world. They represent the country that Italy is today.. with all its contradictions, its hardship, its eternal, infinite beauty and its proud inhabitants.

My sincere hope is that opportunities for funding will increase and improve for Italian filmmakers. But the most important thing I've learned over the years, is that regardless of money or other challenges, Italian filmmakers get their movies made. Period. And those movies do not always stay within Italian borders. They are celebrated all over the world for their genuine stories about humanity. Italians are gifted storytellers and they have a history of being survivors. Budget constraints do not stop Italy's filmmakers from communicating their visions and messages. They simply, or not so simply, find a way.

During the last couple years, there has been a wave of independent directors making beautiful feature films with very limited resources. Directors like Giuseppe Marco Albano and Daniele Chiariello have made their films in the southern regions of Basilicata, Campania and Puglia. The films speak to the southern experience, shot in a welcoming way which brings the viewer right into their worlds. Thanks to the internet and social media, these southern portraits have reached well beyond the borders of Italy.  The actors and directors of this wave of independent films, in particular.. Albano's "Domenica Notte" .. Chiariello's "Zio Angelo ei tempi moderni" and Ciro De Caro's no-budget, but very successful "Spaghetti Story" work tirelessly to promote their works in their own country and beyond.

The story of Daniele Chiariello's 2012 film, "Zio Angelo ei tempi moderni" is very personal and was inspired by his grandfather. Born and raised in Buccino, which is located in Salerno on the border of Basilicata, Chiariello shot his film entirely with non-professional actors. The shooting lasted about  four months with a budget of under 20,000 euros. The film has been shown in 11 theaters in southern Italy, and has been seen by about 15,000 people. That is a great achievement for a low budget film. "Zio Angelo ei tempi moderni" went on to win the Premio Internazionale Roberto Rossellini. Being a musician himself, Chiariello also did the music for the soundtrack.

There are film festivals and series all over the globe that serve as platforms for Italian cinema to grow and be seen. With annual film festivals like Open Roads: New Italian Cinema in New York City, N.I.C.E. New Italian Cinema Events, which takes place in New York and San Francisco, and RIFF, the Rome Independent Film Festival, which just started a new initiative to make indie films available online, younger filmmakers are getting more opportunities to tell the stories of their regions and their country... and audiences worldwide are ready and willing, with enthusiasm, to listen.

The symposium was a very positive experience for me. It offered a rare platform where people from a variety of backgrounds join together to talk about Italian cinema. If you have an interest in Italian cinema or just in foreign films, I highly recommend that you attend this annual event. For more information, visit Indiana University online at http://www.indiana.edu/~frithome/news/2014.