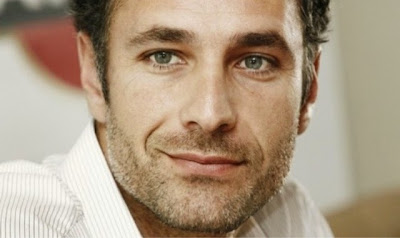 Born in Rome on August 14, 1971 to southern Italian parents, Raoul Bova was naturally athletic, starting out with a love of sports. He encountered a freak accident when he was a child and almost drown while frolicking in the sea. That life-changing experience made him confront his fear of water and take up swimming. The sport ended up becoming a huge passion for him and at the age of sixteen, he earned a championship title for the S.S. Lazio team of Rome, one of the oldest and most renowned sport clubs in Europe. He went on to pursue a degree in Physical Education but that was cut short soon after he discovered a passion for acting. Although he never intended to give up sports as a hobby, he knew in his heart that acting was his true love and wanted to pursue it as a career. He enrolled in the drama school, Beatrice Bracco, and never looked back. 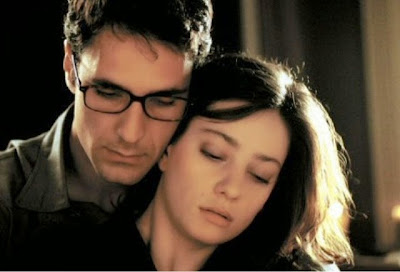 Bova started working right away, with his first role as Giuliano Amitrano in Stefano Reali’s 1992 made-for-television movie, "Una storia Italiana." His big screen debut came the following year in Carlo Vanzina’s romantic drama, "Piccolo grande amore" in which he played the role of Marco, a handsome swimming coach, not such a far stretch from his real life persona. Those two early roles made Bova an overnight success in Italy. He continues to work in both television and film, and has shared the screen with the likes of Sophia Loren, Anthony Quinn and Angelina Jolie. He's fared well in modelling, having been the face of Armani and appearing in a 1999 Max Factor commercial alongside Madonna.

Read my 2016 Interview with Raoul Bova

Bova's roles are diverse. He has taken on complex characters in movies like Rewind in which he plays a terrorist, “I cavalieri che fecero l’impresa” in which he plays a medieval man whose soul is possessed by the devil and my favorite role to date; Lorenzo in Ferzan Ozpetek’s “Facing Windows”.  Lorenzo is the handsome, introverted neighbor of Giovanna, played by Giovanna Mezzogiorno. In the film, she becomes obsessed with Lorenzo as she watches him from her window.  here are so many other intricate storylines that surround the two characters, and they each carry their scenes so eloquently that they manage to give some order to the chaos that is unfolding around them. 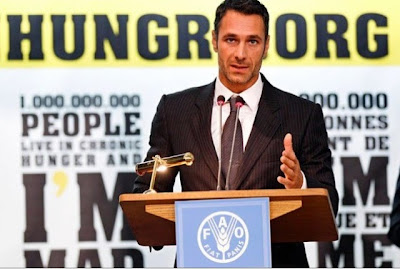 He has also worked on important film projects behind the camera. Nearly a decade ago, he started a production company called Sanmarco (www.sanmarcofilm.it) which focused on socially conscious documentary-style filmmaking by young directors. The company's mission was to open the lines of communication and educate Italians on social and political concerns. The films shed light on hot topics such as fatal accidents in the workplace, the influence of drugs on teenagers and the controversy surrounding the death penalty, a matter of contention that Bova has spoken publically against.

He also does his share of charity work, and in 2010 was nominated “Goodwill Ambassador” of the Food and Agricultural Organization (FAO) of the United Nations, whose headquarters are in Rome.  He joined forces with American actress, Susan Sarandon at FAO to fight the battle to eradicate world hunger. He’s also an avid supporter of the project, “Vento e sole” (wind and sun) with 1992 Noble Peace Prize winner, Rigoberta Menchú. The project’s purpose is to develop an ecological system of electric for third world countries, especially in Menchú’s homeland of Guatemala. 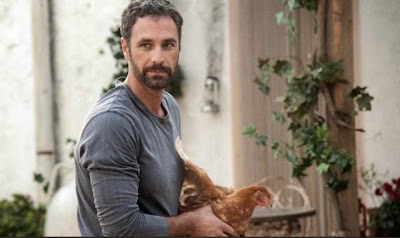 Bova currently has a number of projects slated for 2015 releases, including Paolo Genovese's new comedy, "Sei mai stata sulla luna?" which takes him back to his southern roots; this time in Puglia.

For more information on that film and all of Raoul Bova’s projects, check him out online at www.raoulbova.it.