Interview: Raoul Bova on Second Chances and the New Generation of Italian Filmmakers 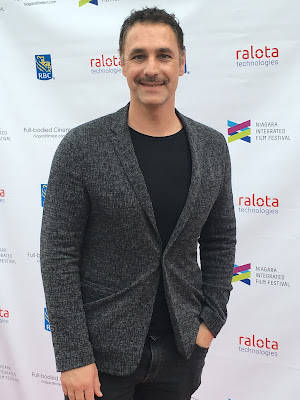 
Bova’s acting career spans more than two decades and it has been a joy to watch him grow and evolve as an actor. He’s not afraid to take on complex characters like Lorenzo in Ferzan Ozpetek’s "Facing Windows" while he seems to embrace and have fun with lighter storylines like the two he just presented.


I had the great pleasure of meeting Raoul Bova in Niagara Falls where he presented "All Roads Lead to Rome" with Claudia Cardinale. He had a full schedule lined up that day with very little time for interviews, but I managed to slip in three quick questions and he was graceful enough to take the time to answer them. He spoke about the message of his new film and the evolution of cinema on an international scale.

"All Roads Lead to Rome" is being shown all over North America now. What do you think audiences will take away from this film and the Eternal City?
You can watch all the beauty we have in Italy but the most important thing is the story, the love you have between this American woman and this Italian guy. They didn’t have the chance to show each other how much they loved one another. So they are given this second chance. I find that when you have a second chance, you say, now I have the time to show what I really have inside and they finally did. It’s the kind of story where sometimes you’re not ready for that kind of love but after 10 years, you are. 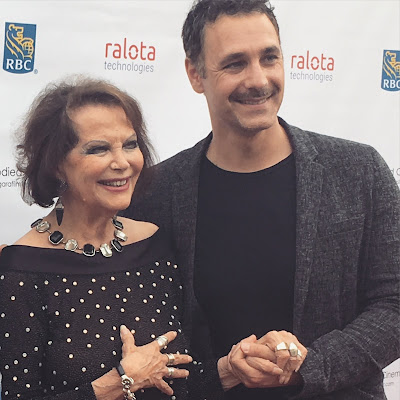 What was it like working with such a diverse, international,  cast? There are newcomers, a legend, Italian actors and Sarah Jessica Parker. That's  quite a group of people.
It was very interesting because it was one way to see our jobs as actors and then with this movie business. It makes you understand that it’s not the language you speak but the feeling you have because it’s always the same. It’s like mathematics. You are in front of the camera. You have your close-up. You have the story and you have to work on the script. The crew was the best. You have an Italian crew. You have an American crew. You have a great European crew- The DP (Director of Photography) is from Hungary. The crew was from all over the world, and right now the movie business is full of different languages. So we were prepared and it was very easy. 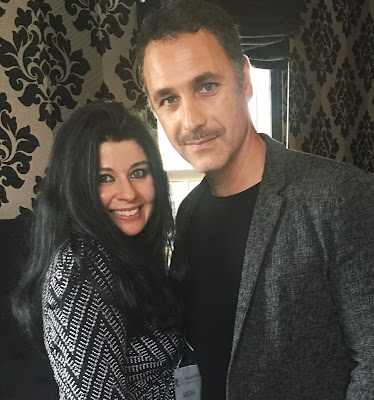 You had a production company a few years ago and you worked with young filmmakers. What do you think about the new generation of Italian filmmakers and what they’re doing? For example, the recent success of Gabriele Mainetti’s "They Call Me Jeeg Robot"..
That was a very unusual production. The director was also the producer of the movie and he was very brave because in the movie industry, not only in Italy but all over the world, when you have success with one type of movie, they repeat it again and again and again- the same story with different actors in a different production but it’s still the same story. I’m very happy that "Jeeg Robot" was successful because it’s a new way to see movies. It also gives encouragement to new directors. It's a different way to see cinema because it’s new, it’s modern.

Raoul Bova currently has three films in pre-production, slated for 2017 releases. In the meantime, "All Roads Lead to Rome" is available on the following platforms in the United States..