"Cinema saved my life" - A Portrait of Claudia Cardinale 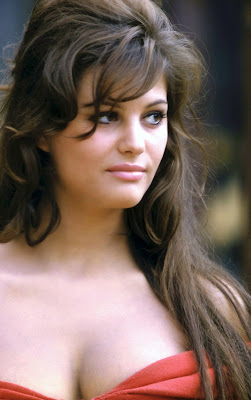 Update May 9, 2016
It's just been announced that Claudia Cardinale will present her latest film, All Roads Lead to Rome in Niagara Falls, Canada on June 18, 2016 at the Niagara Integrated Film Festival  connecting with Canada's annual Italian Contemporary Italian Film Festival.

In these times of reality television, internet streaming and 15 minutes of fame, there are few legends living among us. Actress Claudia Cardinale is one of those few.

A truly unique and special person, Cardinale was born in Tunisia in 1931 to Sicilian parents. Her maternal grandparents were originally from the Sicilian island of Trapani, but settled in La Goulette, Tunisia, where there was a large Italian community.

Her early life seems something of a fairytale but success brought its share of problems. As a young girl, Cardinale attended elementary school in the ancient city of Carthage. Her first cinematic experience came when she participated in the making of a short film with her classmates and French director, René Vautier. The film was presented at the Berlin Film Festival and generated enough buzz to get her noticed by director, Jacques Baratier, who cast her opposite Omar Sharif in his 1958 film, Goha. Shortly thereafter, she entered and won a beauty contest in which the prize was a trip to the Venice Film Festival. There, she was discovered by Italian film producers and offered a scholarship to Rome’s Experimental Center of Cinematography. She attended the renowned film school for just a few months before returning to Tunisia. The language barrier reportedly took its toll on her and she felt discouraged. She spoke French, Tunisian, Arabic and Sicilian dialect. It wasn’t until she began to be cast for Italian films that she began to seriously study the Italian language. During her return to Tunisia, she discovered that she was pregnant. The relationship was abusive and she didn’t want to stay with the father of her child, but did not want to terminate the pregnancy either. So, she decided to enter a seven-year contract and ultimately a marriage with Frano Cristaldi, a film producer and writer who also helped to manage her career. The contract prohibited her from announcing her pregnancy. After seven months of hiding it, she became fed up and asked to break the contract. She was not allowed to do so and instead was sent to London where she gave birth to a baby boy. Due to this contract, she also had to keep the baby a secret upon returning to Italy and pretended the child was her brother. For seven years, she lived this lie, afraid to talk to anyone and unable to live a normal life. Then finally, a tabloid reporter uncovered the story and it was out in the open. It’s been said that Cardinale was relieved and felt a great burden lifted from her shoulders. 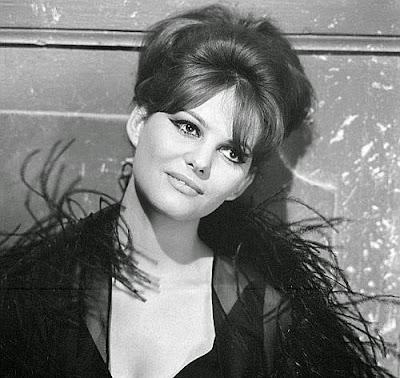 During those difficult years, Cardinale worked on a number of important films, including Mario Monicelli's comedy, The Big Deal on Madonna Street, which stars fellow icons, Vittorio Gassman, Totò and Marcello Mastroianni. Cardinale portrayed, Carmelita, a girl held up in the house by her rebellious brother. The film was a huge international success, especially in America. It's no wonder why Cardinale once said, "cinema saved my life."
Two of her biggest roles came in 1963 in Federico Fellini’s 8 ½ and Luchino Visconti’s period drama, Il gattopardo, which has been referred to as Italy’s version of “Gone With the Wind.”

In 8 ½ Cardinale portrayed the character of Claudia, an enchanting young actress and the “ideal woman” of Guido Anselmi, a film director played by Marcello Mastroianni.  It was the first role in which Cardinale was allowed to use her own voice. In past films, her voice was dubbed because it was considered horse and deep, not really going along with her soft, feminine persona. Even with her signature raspy voice, Cardinale gave sweetness, vulnerability and innocence to her character; traits each and every one of her characters would go on to possess, no matter how complicated they could appear. 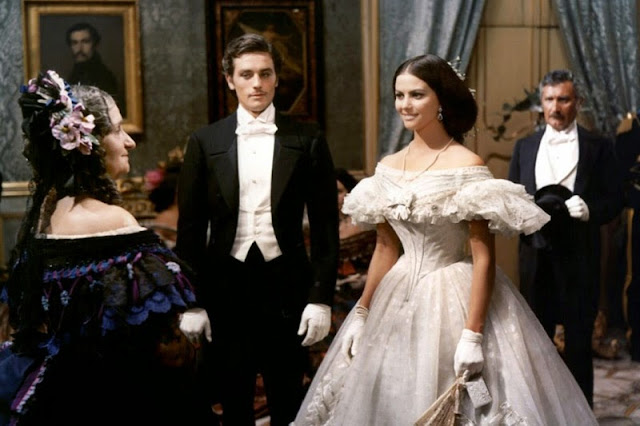 Winner of the Palme d’Oro at the Cannes Film Festival, Il gattopardo is a decadent portrait of the turbulent period of Italian unification, which took place during the years of 1860-1862. “Il gattopardo” is told through the angle of an aristocratic Sicilian family threatened by political upheaval. Cardinale gives an epic, forceful  performance as the stunning Angelica, a daughter of the town's newly appointed Mayor, Don Calogero Sedara. Cardinale conveyed emotions of  love, passion, manipulation and fear; all the rollercoaster emotions that one would experience while living through such a tumultuous time in history. Burt Lancaster costars alongside Cardinale is this classic that has stood the test of time and remains one of the most beloved works in the history of Italian cinema.
Through the decades, Cardinale has stayed very active in her career and personal life. Since March of 2000, she has been a UNESCO Goodwill Ambassador for the Defense of Women’s Rights. Her most recent film, The Silent Mountain, a war drama set in the Dolomite Mountains in 1915, was released in Austria and Italy earlier this year. She was honored recently at the Festival del Cinema Europeo in Puglia and the Taormina Film Festival in Sicily, where she graciously posed for the paparazzi and adoring fans as well as young artists who look to her for inspiration. One of those young artists, documentary filmmaker, Rocco Talucci, who recently worked with the actress on his film about screenwriting legend, Enrico Medioli, described Cardinale as “the essence of Italian cinema.  She is very helpful, kind and wonderful.  She is not a diva, just a lovable person.”


At 76 years of age, Cardinale, like her films, has stood the test of time. She weathered incredibly tough obstacles during those early years of her career, but managed to remain a beautiful, strong woman whose enormous smile and confidence give testament to her inner strength and resilience. Her 2014 British release, Effie Gray in which she plays a countess, gives testament to that resilience and her relevance after more than half a century in motion pictures.
Her most recent project is a romantic comedy Produced by the prolific AMBI Pictures team, headed by Monika Bacardi and Andrea Iervolino. All Roads Lead to Rome boasts a star-studded international cast that includes Sarah Jessica Parker, Spanish actress Paz Vega, and Cardinale along with contemporary Italian favorites Paola Lavini, Marco Bonini and Raoul Bova. The story centers on Parker’s character Maggie, who in an effort to reconnect with her troubled teen daughter, embarks on a journey to a Tuscan village where she frequented in her younger days. Upon her arrival, Maggie runs into Luca (Raoul Bova), a handsome former lover who is still a bachelor and lives with his eighty-year-old mother Carmen (Claudia Cardinale). Maggie’s daughter steals Luca’s car and runs off to Rome with Carmen. Maggie and Luca follow in pursuit. It’s a complex story of nostalgia, discovery, love, unlikely friendships and tolerance. The film should be in American theaters next month. Watch the trailer..