Michelangelo Antonioni: The Master of Improvisation 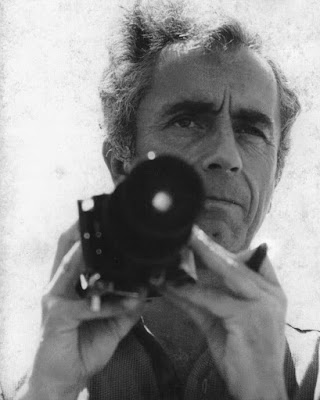 Nothing is what it seems. If one had to describe the films of Michelangelo Antonioni with one phrase, that would do it. Antonioni made a career out of mesmerizing audiences with his films of complicated relationships that raise questions, but leave many of the answers to the viewer. In a 1969 interview with American film critic Roger Ebert, Antonioni described his shooting as a constant departure from the script. “I may film scenes I had no intention of filming; things suggest themselves on location, and we improvise. I try not to think about it too much. Then, in the cutting room, I take the film and start to put it together, and only then do I begin to get an idea of what it is about.”


Michelangelo Antonioni was born in 1912 in Ferrara, located in the region of Emilia Romagna. He attended college in nearby Bologna during the 1930s where he became involved in theater and painting. After graduation, he freelanced as a film critic for a local newspaper. Shortly thereafter, he moved to Rome and tried to make a documentary at of all places, an insane asylum. The project fell through, but some have said that his experience in making that film would go on to influence future works, in particular, Tentato Suicidio in 1953.

Many great filmmakers begin their careers with documentaries, and the same can be said of Antonioni. His first completed film documented the lives of residents living in a region near Ferrara, Italy. Gente del Po was released in 1947 and revealed Antonioni’s distinct style of filmmaking that went unparalleled in his time. The success of his documentaries paved the way for his feature length films. In 1950, Antonioni’s first feature film, "Cronaca di Un Amore" was released. The film echoes noir but the traditional plot recipe belonging to noir was compromised in order to shift focus to the intense feeling of the characters. Antonioni is known for his complex, well developed characters who don’t always make morally sound choices.

His first widescreen film and my personal favorite was his 1960 masterpiece L’Avventura in which he tells the story of a missing person through the experiences of the people heading the search. Those people, the missing woman’s fiancé and best friend end up having their own affair. Antonioni's partner and muse Monica Vitti starred in the film and gave a powerful performance with a brilliant air of indifference. L'Avventura along with his other works of that period, La Notte (1961), L’Eclisse (1962) and Il Deserto Rosso (1964) all share a consistent style, theme, social setting and plot. Those works brought his career to the level in which it has remained through the years. He is something of an international art house legend, a classic, golden age director with an unprecedented, ageless method to his filmmaking. His influence has long reached beyond the borders of Italy.

Despite the success of his films of the early 1960s, the world was just getting a taste of his talent and unique vision. One can say that Michelangelo Antonioni reinvented himself with the making of Blow Up for which he earned two Oscar nominations. The film tells the story of a disenfranchised fashion photographer. When he takes a photograph in a London Park, he realizes something mysterious in the background, setting the stage for the 1966 drama, which co-stars Vanessa Redgrave. To this day, the film stirs up conversation and draws criticism due to its vast room for interpretation. In addition to the Oscar nominations, Blow Up won the Golden Palm at the 1967 Cannes Film Festival and earned a nomination for Best English-Language Foreign Film at the 1967 Golden Globes. 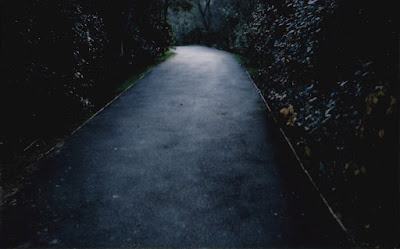 In 2012, I attended a fascinating exhibit in Rome by the artist, Jacopo Benci. “The Mystery of the Park" featured a collection of instant photographs, digital photographs and a video. The subject of these photos was Maryon Park in southeast London, the location of a key scene in Blow Up.  Benci's fascination with gardens and parks lies in the way that we generally regard parks as "spaces prepared for living in the magic of daylight, for contemplation or for play, for meeting or solitude.." That is quite a poetic thought for a simple and beautiful exhibition of photos. If you are familiar with the film and the scene that was shot in Maryon Park, you will find irony in the peaceful, still portraits that graced the walls of the Roman gallery  where they were displayed. I found the exhibit to be a beautiful union of art and film, which captured the tranquility and vast landscape of one location, and I appreciated the fact it kept relevant an iconic Italian filmmaker of days gone by.


Antonioni made films throughout the 70s and 80s, which experimented with different lighting techniques and different ways to use the camera to add his signature style to each scene. He created several layers to his films with the way they were shot, the intensity of the characters’ personalities and the political backdrop of the subjects. The combination of his style of filmmaking and the mainstream market of the late 1970s clashed, forcing Antonioni to eventually give up some of his strong, alternative ways for a more commercial approach. The first product to emerge from that way of thinking was, Identificazione di una donna in 1982. It would be his last film until 1995.

Al di là delle nuvole was Antonioni’s comeback film after he suffered a severe stroke and was unable to work for thirteen years. The project was co-directed by German filmmaker, Wim Wenders. The ensemble cast of Al di là delle nuvole includes John Malkovich, Vincent Perez, Jean Reno, Marcello Mastroianni and Jean Moreau as well as a recognizable selection of pop music. Each story, as Antonioni himself said, invites the viewer to an inner travel “towards the true image of that absolute and mysterious reality that nobody will ever see.”

Michelangelo Antonioni never really managed to connect with mainstream audiences.  He had his own way of telling and shooting a story. He saw things when he looked through the lens of a camera that you and I don’t see. It’s been said that one should see Antonioni’s films several times over to truly appreciate the way he tells a story through the visual medium. He passed away in 2007 at the age of 94. His films are still very relevant and available online.
at June 28, 2016