Chiara Mastroianni on Her Latest Role and Her Father's Films 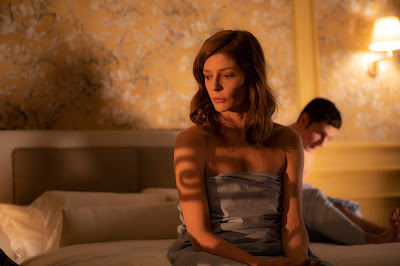 In the clip below, I asked a question about Mastroianni's character, Maria, and the qualities of her personality that she wanted to bring out. Another viewer asked which of her father's film are among her favorites. Of course, having a dad like Marcello Mastroianni, the choices are endless.

"On a Magical Night" was originally in the lineup of the annual series, Rendezvous with French Cinema, and both filmmakers were scheduled to attend before the Coronavirus pandemic shut everything down. Hopefully, Film at Lincoln Center will do something similar with Open Roads: New Italian Cinema next month. We’ll keep you posted.

Click here to watch the full Q&A.
“On a Magical Night” is now available on Amazon Prime. Click on the image below to stream it.