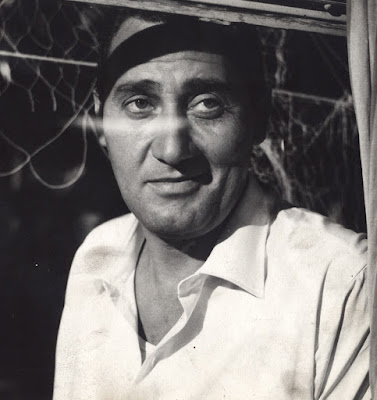 ′′They will always judge you, whether you behave well or if you behave badly. So screw it and live as you want but above all don't listen to anyone.′′
- Alberto Sordi

By giving his fellow Italians something to laugh about during tumultuous times, he emerged as his generation’s King of Comedy.
One of Italy’s best-loved personalities, Alberto Sordi played a pivotal role in Italian cinema from the end of World War II to the postwar economic boom of the 1950s. During those tumultuous years, he gave his countrymen a hearty laugh when they might have otherwise cried. Former Italian President Carlo Azeglio Ciampi perhaps said it best: “Alberto Sordi interpreted the feelings of Italians, especially in their most difficult and tough moments.”

Born in the Trastevere neighborhood of Rome in 1920, Sordi grew up in a creative household. His mother was an elementary school teacher and his father, a professional musician for the Rome Opera House. A young Sordi joined the children’s choir of the Sistine Chapel but was unable to continue after his distinctive low voice began to take form. In elementary school, he participated in theatrical performances with marionettes. As a teenager, he studied theater and discovered his natural talent as a comedian. He attempted to work with a theater company in Milan but couldn't shake his Roman accent and mannerisms, so returned to his hometown. He found work on radio shows and performed onstage doing comedy skits. In the late ‘30s, he began his film career working as an extra.

In 1942, he had a role in Mario Mattoli's "I tre aquilotti" (The Three Pilots). Set at the Royal Air Force Academy of Caserta, the film follows three students and close friends as they go through their schooling and face battlefield challenges in World War II.
After more than a decade of paying his dues with small roles, he landed the lead in Roberto Savarese’s 1951 “Mamma mia, che impressione!,” which he also cowrote with Cesare Zavattini. Sordi’s performance impressed his friend Federico Fellini who cast him in the title role of his 1952 “Lo sceicco bianco” (The White Sheik) and as Alberto, an unmotivated mammoni in his 1953 follow-up, “I vitelloni,” which is considered Sordi’s breakout role. 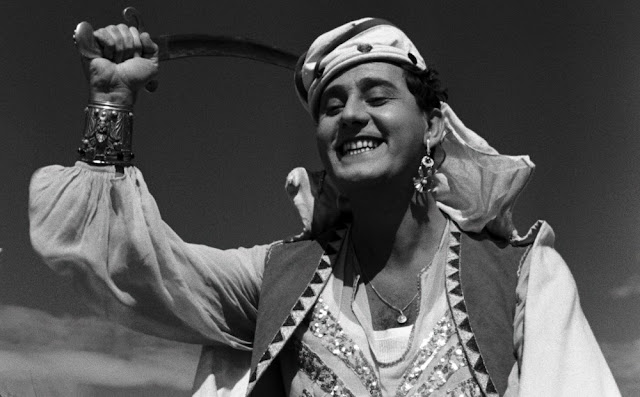 Sordi rose to fame during an unprecedented time when he and so many of his colleagues were icons in the making. The films made during those years would define a unique and unparalleled time for Italian cinema. The majority of Sordi’s characters found themselves in unfortunate situations as they rode the wave of Italy’s booming economy. Sordi made a whopping 40 films from the mid to late 1950s. Different versions of this deceitful but likable character appear in dozens of films.

In Steno’s 1954 “Un americano a Roma” (An American in Rome), he plays Nando Moriconi, aka Santi Bailor from Kansas City, a young Italian obsessed with American culture. In Antonio Pietrangeli’s 1956 “Lo scapolo” (The Bachelor), he’s Paolo Anselmi, an inveterate bachelor until he suffers an upset stomach one night and realizes just how alone he is. In Antonio Pietrangeli’s 1957 “Souvenir d’italie” (It Happened in Rome), he plays Sergio Battistini, the boy toy of a wealthy older woman who falls for a young traveler hitchhiking through Europe. And in Vittorio Sala’s 1959 “Costa Azzurra” (Wildcats on the Beach), he stars in one of a quartet of comedic love stories set in the French Riviera. 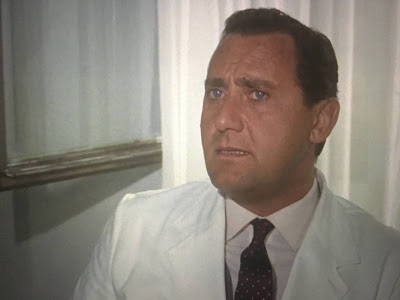 One cannot talk about Sordi and Rome without mentioning "Il medico della mutua" (Be sick, it’s free), which has become my favorite during that prolific 1950s - '60s period. Upon returning from Rome last December and seeing posters in a pharmacy for this film, I watched it and realized there was so much more to this actor than I had known. The film was made in 1968 when a 48-year-old matured Sordi was just starting to age perfectly.
The “mutua” is the system under socialized medicine in which a population receives free healthcare. “Mutuati” is another word for patients, described in the film as “the most diligent visitor to doctor’s offices” and “unmatched in his consumption of prescriptions.” The opening scene takes you on a driving tour through Rome beginning at the banks of the Tiber River. The first lines out of Sordi’s mouth are “Avevo previsto tutto. Avevo programmato tutto” (I had foreseen everything, I had everything planned). The story is then recounted as a flashback of events leading him to collapse from exhaustion. Sordi was quoted as saying “I observe and reflect real-life and ordinary people, and sooner or later that raises a laugh.” He didn’t just reflect them, though. He emphasized their weaknesses and idiosyncrasies and this is what made his films and performances so over the top funny. "Il medico della mutua" is a prime example. Then the closing shot at dusk with the terracotta shades of Rome's apartment buildings brings the film full circle. There is so much nostalgia in that shot.
Also in the late ‘60s, Sordi stepped behind the camera and made his mark as a director. He made 19 films and enjoyed a string of hits, which he directed and starred in, including “Io so che tu sai che io so” (I Know You Know that I Know), which costars Monica Vitti and follows the drama of a husband who discovers his wife’s affair and “In viaggio con papa” (Traveling with Dad), the hilarious story of a father/son road trip, which costars Carlo Verdone.
Watch this short clip from “In viaggio con papa”..

Sordi took a young Verdone under his wing, making him the most likely successor of the comedy genius. When I talked with Verdone at the 2006 edition of Open Roads: New Italian Cinema, I asked about the comparisons to Sordi. “Sordi was a great actor. I was a spectator and a fan of his movies but he had a mask and the mask was unique, so you cannot imitate a mask. Sordi always interpreted one character; very Italian, cynical and funny but it was only Sordi,” he explained. 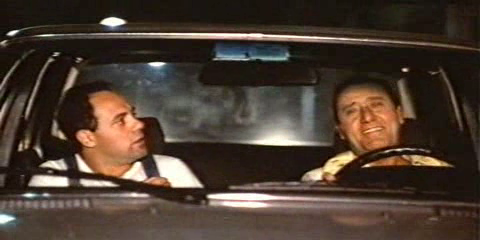 In a 1997 interview, reflecting on his mortality, Sordi confessed: "I think about death like everyone else but without anguish. I know that I will leave one day. However, I continue to live with the same enthusiasm as when I was young. Life is a gift too big not to enjoy. And as a Catholic, I believe in the immortality of the soul."

In 2001, Sordi was diagnosed with lung cancer. He continued making appearances until December of 2002 when he was scheduled to appear at the Rome Film Festival to launch a retrospective of this work. He was too weak to attend and instead, recorded a heartfelt video greeting. Watch it below..
Two months later, he passed away during the night after suffering from pneumonia and bronchitis. The permanent tributes to him all over the Eternal City give testament to the lasting impact he’s had on his culture. In addition to his foundation, which fosters young filmmakers, there is a street named after him in Villa Borghese near the Casa del Cinema, and the Galleria Alberto Sordi near the Fountain of Trevi, which houses restaurants and retail shops, was named in his honor in 2003.

Below are his films available to stream on Amazon. If you don't need English subtitles, there are dozens of films and interviews available on YouTube. Click here to watch Alberto Lattuada's 1962 "Mafioso" on the Criterion Channel. Also, check out "The Sign of Venus," in which he had a supporting role. The 1955 comedy features a whole host of legends including Vittorio De Sica and Sophia Loren, and is available on Netflix.

- Written by Jeannine Guilyard for the October issue of Fra Noi Magazine. Click here to subscribe.
at November 26, 2020