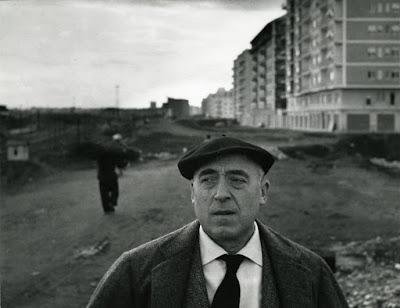 A brand new exhibit at the Casa del Cinema in Rome tells the story of screenwriter Cesare Zavattini, a boundless creative force behind the rise of the neorealism movement.

Zavattini was born in the region of Emilia-Romagna in 1902. He earned a degree in Law but instead devoted his time to writing. In 1930, he moved to Milan to work at the Rizzoli publishing company. Five years later, he met Vittorio De Sica. They would go on to make 20 films together, including the iconic neorealist films "Shoeshine" (1946), "The Bicycle Thief" (1948), "Miracle in Milan" (1951) and "Umberto D." (1952).

During his career, Zavattini made around 80 films and worked with many of the great directors of Italian cinema, including Michelangelo Antonioni, Federico Fellini, Pietro Germi, Alberto Lattuada,
Mario Monicelli, Dino Risi, Roberto Rossellini, the Taviani brothers and Luchino Visconti.

The exhibit features excerpts from his writings, a documentary and images from his life and films. It runs through September 10, 2019. Click here for details.