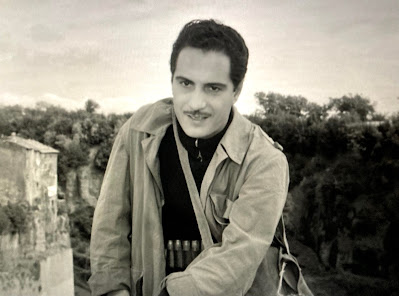 Born Saturnino Manfredi on March 22, 1921, in Frosinone, Nino Manfredi was one of Italy’s most prolific actors from the 1950s to right before his death in 2004.

Manfredi graduated with a law degree but famously declared while delivering his thesis, “Ladies and gentlemen, I swear to you, I will never be a lawyer.” Shortly thereafter, he began his acting career in the theater, working on numerous productions with the likes of Eduardo De Filippo and Vittorio Gassman.

In 1949, he made his big-screen debut in Mario Sequi’s World War II drama, “Monastero di Santa Chiara.” He spent the 1950s honing his skills, often playing a friend and confidant of the protagonist. Among his most popular supporting roles during that decade are Peppino in Antonio Pietrangeli’s 1956 “Lo scapolo” (The Bachelor) and Raffaele in Camillo Mastrocinque’s 1956 “Totò, Peppino e la … malafemmina” (Totò, Peppino and the Hussy).

The following decade brought more substantial roles that revealed his talent for comedy, which made him a key player in the commedia all’italiana genre. In 1960, he teamed up with a pair of comic greats in Mario Camerini’s classic black-and-white mystery, “Crimen” (Suddenly, It’s Murder). The all-star cast features Manfredi, Gassman and Alberto Sordi as three men accused of murder. Silvana Mangano, Franca Valeri and Dorian Gray play their wives. Manfredi is Quirino Filonzi, a happy-go-lucky husband whose wife, Giovanna (Valeri), calls the shots in their marriage. Eugene Levy released a notable remake in 1992 titled “Once Upon a Crime.” Dino De Laurentiis produced both the original and the remake. 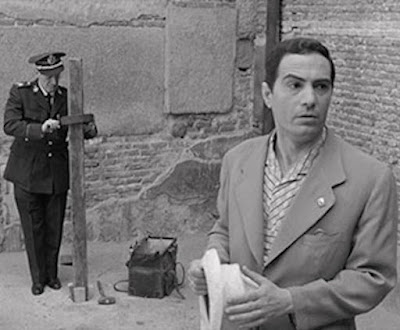 Manfredi shined in the lead role of Luis García Berlanga’s 1963 comedy, “El verdugo” (The Executioner). Manfredi plays José Luis Rodríguez, an undertaker who falls in love with Carmen, an executioner’s daughter. After they marry, José is obliged to carry on the family “dynasty” once his father-in-law retires. Terrified at the thought of executing someone, José becomes obsessed with the crime section of the newspaper, going out of his way to break up street fights in the hopes of preventing someone from earning a death sentence that he will have to carry out.

One afternoon, he receives a telegram stating that he will have to perform his first execution. The news sends him into a frenzy until his wife reads that the deed is to be done on the Mediterranean island of Mallorca. They decide to make the trip the honeymoon they never had, all the while hoping the condemned will receive a pardon. Their enthusiasm is dampened when Carmen’s father guilt trips them into taking him along, proclaiming he was only sent to depressing places during his long career. Arriving at the prison, José pleads with the guards to let his father-in-law put his 40 years of experience to good use. To his chagrin, the duty falls to him. 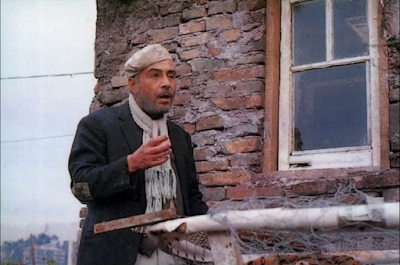 By the 1970s, Manfredi evolved into a strong leading man, carrying a variety of films with ease. This was nowhere more evident than in Ettore Scola’s 1976 “Brutti sporchi e cattivi” (Ugly, Dirty & Bad), in which Manfredi completely transforms himself into the detestable Giacinto Mazzatella. The film follows a poverty-stricken family devoid of morals living in the slums of Rome. Giacinto receives a large sum of insurance money after an accident causes him to go blind in one eye. Everyone wants a piece of his fortune, so he hides his money and sleeps with a rifle. When he falls for Iside, a promiscuous young woman, he wines and dines her, and eventually moves her into his home to live alongside his wife and children. Feeling disgraced, his wife cooks up a plot to kill him.

Over the course of his award-winning career, Manfredi juggled stage, film and television roles. He also stepped behind the camera to direct. He suffered a stroke in 2003 and passed away the following year. His son Luca carries on his filmmaking legacy, having recently directed two acclaimed movies about his father and Alberto Sordi.

- Written by Jeannine Guilyard for the April issue of Fra Noi Magazine. Click here to subscribe.
at March 21, 2021