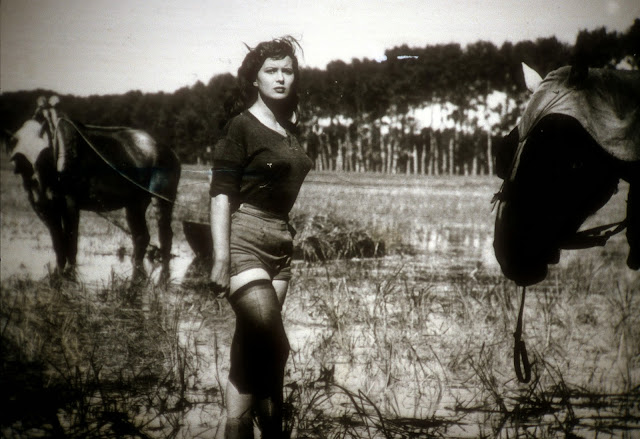 Silvana Mangano is one of Italy's most memorable leading ladies. She was born in Rome on April 21, 1930 and grew up amid conditions of poverty during World War II.  She persevered through those tough times training as a dancer. Then in 1946, she won the Miss Rome beauty pageant, a victory that gave her the push she needed to discover her destiny.


Just three years later, she landed a role in one of the most influential films of Italian cinema, Riso Amaro (Bitter Rice) by Giuseppe De Santis. The film was one of the first of the Neorealism film movement and received an Academy Award nomination in 1950. Produced by Mangano's husband, the prolific filmmaker, Dino De Laurentiis, Riso Amaro is a multi-layered story, which called on Mangano's talent and sex appeal to pull off the part of a peasant girl who could manipulate just about anyone with her beauty. The story follows three main characters through the rice-planting season in northern Italy during World War II in the midst of the profound economic challenges of that period in time. It is a beautiful story that tugs at the heart because like other neorealist films, it paints a clear picture of what people had to go through just to put food on the table for their families.


Mangano's next Italian blockbuster was Alberto Lattuada's, Anna. The 1951 drama features an all-star cast with Silvana Mangano leading the pack as Anna, a sinner who becomes a nun along with Raf Vallone as the wealthy man who loves her and Vittorio Gassman as Vittorio, a sly waiter who sends Anna on a dark path. Mangano's real-life sister, Patrizia, played her sister in the film, and Sophia Loren had a small uncredited part as a nightclub worker. Anna became a huge success in Italy and abroad. The Bayon song, El Negro Zumbon, known as Anna in the United States, was featured in the movie. It became a hit song in 1953 and still remains a revered classic in Italy and Spain. Filmmaker Nanni Moretti used the song in his 1993 comedy, Caro diario (Dear Diary). A clip is also featured in Giuseppe Tornatore's 1988 classic, Cinema Paradiso.

Mangano's character, Teresa in Vittorio De Sica's love letter and tribute to his hometown, L'oro di Napoli (The Gold of Naples) was another important role in her career. The 1954 comedy consists of a collection of six Neapolitan vignettes and includes a variety of off the wall stories like a clown exploited by a hoodlum, a pizza vender with bad luck, the wedding of a prostitute and the philandering of a professor. L'oro di Napoli  also features an all-star cast, which includes the likes of Sophia Loren, Eduardo De Filippo and Totò (Antonio de Curtis). Mangano's stunning beauty and strong presence lights up the screen as she takes on the role of Teresa, a local prostitute. The role showcases her subtle sense of humor and impeccable timing as a comedy actress. 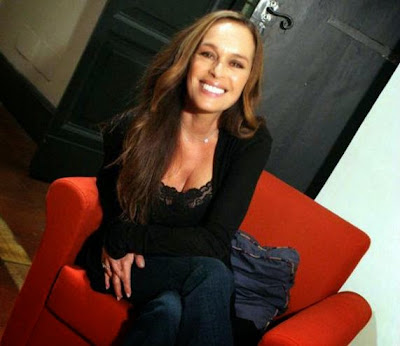 Even though she and her husband were international stars, Mangano made an effort to keep her personal life private. A few years back, I spoke with her daughter, Veronica De Laurentiis, a successful actress, author and activist speaking out against domestic violence. (See the RAI program, Amore Criminale)
She said that although her mother was this incredible sex symbol, behind closed doors, she often seemed sad and depressed. She went on to say, "My family had everything but one thing we did not show was emotion. We didn't talk about emotions."  Perhaps it was easier for Mangano to express herself and her emotions through her work and the characters she portrayed.

﻿
In 1988, Mangano filed for divorce from Dino De Laurentiis and the following year, she lost her battle with lung cancer. The name Silvana Mangano may not be the most recognizable here in the United States, but she still lives on everyday in American culture. Her granddaughter is the Food Network's celebrity chef and author Giada De Laurentiis.  You can see a striking resemblance between the two, not only in their beauty but also in their personalities and onscreen presence. Giada De Laurentiis originally wanted to stay out of the limelight and family business, which of course is making movies. The De Laurentiis name is a prominent one in the world of cinema and her original sights were set on simply enjoying her passion for cooking. Then destiny and fate took over and Giada was discovered by Food Network executives who saw that celebrity "It" factor in her and the rest is history. De Laurentiis shares her family stories and recipes with her audiences and through the appearances and recollections of her mother, Veronica and Aunt Raffy, the memory of her iconic grandparents and their Golden Age magic are kept alive. Giada just announced on Twitter that she has a new show in the works, called G, that she will shoot in Positano, Italy. She says the show was inspired by her grandmother.
at April 29, 2015