A Look at the Timeless Works of Gian Maria Volonté 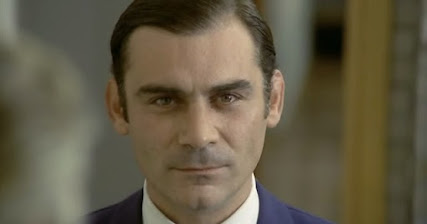 An icon of 1970s Italian cinema, he poured himself heart and soul into every part he played.

One of the most masterful actors of his generation, Gian Maria Volonté was born in Milan in 1933. He studied his craft at Rome’s National Dramatic Arts Academy. Upon graduating in 1957, he found work right away in theater and television, quickly earning acclaim for his skilled and passionate performances.

In one of his early roles, he played Ramón Rojo under the stage name Johnny Wells opposite Clint Eastwood in Sergio Leone’s 1964 Spaghetti Western, “A Fistful of Dollars.” A year later, he played the role of a Native American in Leone’s follow up, “A Few Dollars More.”

His breakout role came in Elio Petri’s 1970 “Indagine su un cittadino al di sopra di ogni sospetto” (Investigation Of a Citizen Above Suspicion), a satirical film highlighting the corruption among officials in power. After a newly promoted unnamed police chief (Volonté) murders his mistress (Florinda Bolkan) and leaves his fingerprints everywhere, he returns with his colleagues to the scene of the crime to investigate. After leaving, he meets an equally crooked news reporter outside to whom he gives orders on how to report the crime, implicating her estranged husband. As the investigation continues and the evidence continues to point to the police chief, his colleagues make excuses for him proving his belief that because of his position of power, he is above suspicion.

Volonté embraced the drama, irony and comedy of the story, giving an emotionally packed performance with a touch of humor brought out by the upbeat soundtrack composed by Ennio Morricone. The film won the Academy Award for Best Foreign Film in 1971 and is considered today a masterpiece of Italo-Crime.

The following year, Volonté starred in Giuliano Montaldo’s 1971 “Sacco and Vanzetti,” an intense drama depicting the infamous trial of the 1920s. Montaldo’s interpretation of the tragic events is a realistic portrait of the prejudices and ridicule early Italian immigrants were forced to endure. 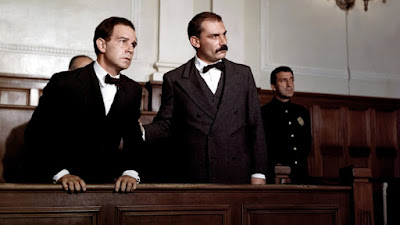 The film follows Nicola Sacco (Riccardo Cucciolla) and Bartolomeo Vanzetti (Volonté) from the days and events that led up to their accusation of murder to the trial, sentencing and execution. Volonté was perfectly cast in the role of Vanzetti, a forceful man who spoke broken English but demonstrated a great deal of courage and grace. He was the more vocal of the two, the stronger one. He fought with everything he had against the injustice bestowed upon him and his comrade by the impartial prosecutor and judge. He and Sacco admitted to their anarchist associations and support of socialism but by no means did that make them guilty of murder, and throughout the seven-year ordeal, both men maintained their innocence.

There have been excellent documentaries made on this topic, including Peter Miller's 2015 "Sacco and Vanzetti," but Montaldo’s film offers a detailed account of how the controversial trial played out in the courtroom and the emotional toll it took on the men, Sacco in particular, while they were awaiting the appeals and ultimately, their execution. 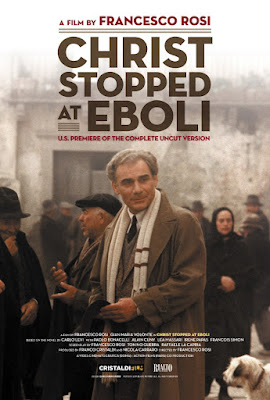 Rounding out a prolific decade, Volonté took the lead role in Francesco Rosi’s 1979 “Christ Stopped at Eboli.” The film was adapted from the book by Carlo Levi, a Torino scholar who was exiled to the region of Basilicata in 1935 because of his anti-fascist beliefs.

The film begins with Levi, years after returning home, as a reminiscent moment turns into a flashback of his first day arriving in southern Italy. The odyssey begins at the rail station in Eboli, a town located in Campania. As the bus he takes into Basilicata approaches the fictional town of Gagliano, Levi is shocked and saddened to see the extreme poverty and desolation of the region. After spending an afternoon walking through his new home, the contrasts with the North are immediately apparent. They are not just differences in living conditions, but also in behavior and culture.

Levi eases the shock by exploring his new surroundings and talking with the inhabitants of the town. His affection for them grows, as does his appreciation for the plight of the peasants. Meanwhile he reads up on the centuries of battles that hardened their hearts and broke their spirits. “Truth is, I’ve always felt like I lived here,” he declares.

As he departs in the rain a year later, his new friends and their children follow on foot, reaching in through the open window to shake his hand and wish him well. This is the scene in which Volontè truly becomes Levi. It’s as if the actor himself became attached to the locals while shooting the film, fully experiencing Levi’s heartbreak in leaving them.

Volontè continued in television and film until his untimely death in 1994 from a heart attack. Click on the titles of the aforementioned films to stream them online through Amazon, YouTube and the Criterion Channel.