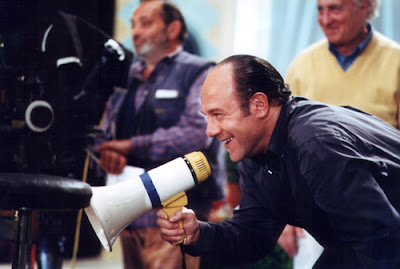 Carlo Verdone is a jack-of-all-trades when it comes to cinema. He began his career in television in the 1970s. With the guidance of legendary director Sergio Leone, Carlo Verdone made a smooth transition to the big screen. Since the success of his first film the 1980 "Un sacco bello," Verdone has been regarded as one of the most important and influential filmmakers of our time. In recent years, he’s gone beyond the boundaries of acting to find further success in directing and screenwriting.


Born in Rome on November 17, 1950, Carlo Verdone has stayed faithful to his Roman roots.  Many of his characters have embodied the everyday struggles of the typical Roman man trying to assimilate into the society of the modern woman. The irony portrayed in so many of his characters has led to comparisons with the great Alberto Sordi, although Verdone himself would beg to differ with those comparisons. In an effort to stay on top of the changing styles of Italian cinema, Verdone has reached out to other cultures by shooting some of his movies outside Italy, even if he usually stays faithful to portraying the modern Italian man facing society's current challenges. 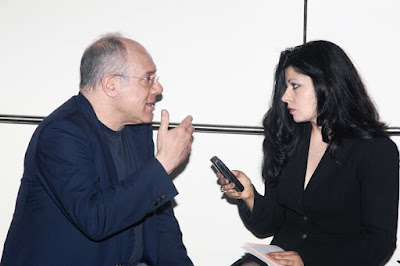 I had the pleasure of speaking with Carlo Verdone a few years ago at the Open Roads: New Italian Cinema film festival in New York City. I found him to be gracious with a clear passion for cinema and melancholic affection for the great masters who impacted his career.


How has your work evolved during your career as a filmmaker?
I’ve changed very much since the beginning of my career as a filmmaker. My first films were like explosions of acting, like sole acts. I gave a lot of focus especially to dialect, my Roman dialect. In moving forward, I decided to give less importance to this Roman dialect and more importance to something national and international. I directed the film "Maledetto il giorno che ti ho incontrato" (Damned the Day I Met You) in the Czech Republic, and I shot "Sono pazzo di Iris Blond" (I’m Crazy For the Iris Blond) with Claudia Gerini in Belgium. I decided to go outside my country to deprovincialize my films as much as I could.


You’ve been called this generation's Alberto Sordi. How do you feel about that?
I don’t think it’s true. Sordi was a great actor. I was a spectator and a fan of his movies but he had a mask and the mask was unique, so you cannot imitate a mask. Sordi always interpreted one character; very Italian, cynical and funny but it was only Sordi. He also had the luck to work in a very important period- the end of the war, post-war and the economic boom. I worked in the '80s when the role of the man was in competition with the woman. Therefore, a lot of main characters had difficulties with female characters, not only with their mothers and sisters, but with all women. So, together with Massimo Troisi, I interpreted this situation where the male lost this kind of control or power with women. 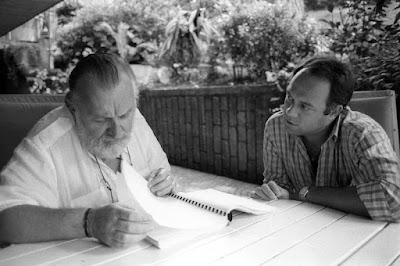 Tell me about your relationship with Sergio Leone.
Sergio Leone was my first producer. He saw me on a television show where I played a lot of different characters. He called me and said, I want to produce your film. Before we made the first film, I lived in his house for a year.  He was a wonderful teacher for me. He was like a padrino, a godfather. So, thanks to Sergio, I am here.


What do you think of Italian cinema today?
I believe that we have several good screenwriters, actors and directors. The biggest difficulty with Italian cinema now is the difference in itself from television, which often has good quality but is invasive and also changes the style of cinema, for example, the reality shows and how quickly they change. This confuses the minds of new generations. It’s a very complex situation because the cinema is not as supported by the government as television. So, festivals such as the Open Roads in New York are extremely important for the future of our films. If it was not for the passion and dedication of the organizers of these festivals in promoting our films, it would be much harder for us.


For a thorough look into the evolution of Italian cinema, one should see the films of Carlo Verdone’s mentor, Sergio Leone, whose Spaghetti Westerns shot Clint Eastwood to international fame during the mid '60s. The films of character actors, Alberto Sordi and Massimo Troisi embrace Verdone’s chosen genre of comedy where the middle class Italian man is hilariously overwhelmed with survival in contemporary life. The films are very indicative of Italy in the periods in which they were shot; the '60s through the '80s in particular. For more information about Carlo Verdone’s work, check out his official web site at www.carloverdone.com.
at July 07, 2012