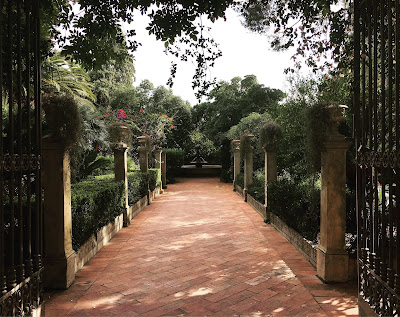 Since beginning our series “Basilicata: Land of Cinema” back in 2015, I've visited Bernalda twice and spent a weekend at Palazzo Margherita, which I found to be an extraordinary utopia of culture, food and cinema. The town itself has an atmosphere of wonderment. As you explore the narrow streets lined with well-kept homes and charming churches, you get the feeling of being transported through time. With distant views of the Ionian sea, it truly feels like an untouched corner of paradise. 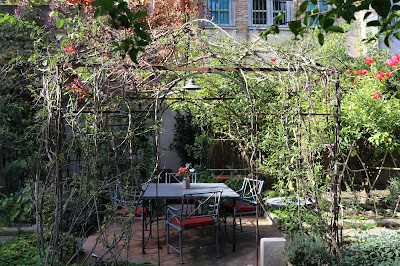 My much-anticipated stay at Palazzo Margherita was like something out of a dream. Everything is so beautiful and articulately maintained. The regional food is simple yet decadent and the staff makes you feel like family. However, my most cherished memory is having watched Francesco Rosi's Christ Stopped at Eboli in a lavish private screening room. Adapted from the novel by Carlo Levi, which he wrote during his exile from the Fascist controlled North, the story recounts the extreme poverty of Basilicata in the 1930s and the resilient spirit of its people. Seeing the movie at Palazzo Margherita in Bernalda was a deeply moving experience, knowing my great-grandparents left that very poverty. Experiencing how those strong-spirited people turned that poverty into the modern, intriguing region that Basilicata has become, brought the experience full circle.

Interestingly, Coppola's cousins in Basilicata are also prolific filmmakers. Gaetano and Michele Russo have been making films for years. Gaetano shares Coppola's passion for winemaking and has worked on several cinema projects promoting the wine industry of Basilicata. Gaetano Russo has taken his cameras into the vineyards surrounding the Monte Vulture where the DOC and DOCG wine Aglianico del Vulture is produced, exploring how profoundly connected the inhabitants of the surrounding towns are to the land. Michele Russo is Gaetano's younger brother and pride and joy. Michele recently made a documentary about Coppola's Italian origins in Bernalda. The Family Whistle premiered at the Cannes Film Festival in 2016 and has been shown at film festivals throughout the world, including the Boston International Film Festival where it picked up the prize for Best Cinematography.

Carlo Levi wrote in his novel, "Lucania seems to me more than any other, a true place, one of the most real places in the world." (La Lucania mi pare più di ogni altro, un luogo vero, uno dei luoghi più veri del mondo.)  I couldn't agree more and this authenticity is what makes Basilicata feels so warm and welcoming.

Click here to visit Palazzo Margherita online.
at May 03, 2019