Andrea De Sica is the grandson of neorealist legend Vittorio De Sica and the son of famed movie composer Manuel De Sica. He may have been handed a golden ticket at birth, but the 39-year-old has paid his dues while charting his own cinematic course. He attended film school at Rome’s Centro Sperimentale di Cinematografia, was an assistant to Bernardo Bertolucci and made numerous short films before his feature directorial debut in 2016.

It should come as no surprise that growing up in such a creative family had a profound impact on him. In our 2017 interview, De Sica credited his upbringing with laying his filmmaking foundation. “I come from a family of cinema. I had my first experience on set when I was 10 years old. I don’t have a single memory that is not attached to cinema,” he explained.

De Sica pursued a decidedly dark path early in his career. Made in 2007, his first short, “L’inferno sono gli altri,” opens on a student as he is studying. After responding to a knock at the door, he enters a dark abyss and becomes trapped in an underground world where a Chucky-like child torments him.

His follow-up, “L’esame,” is a suspenseful thriller adapted from a short novel by Richard Matheson. The story takes place in the future, when the population is controlled by a government exam administered every five years. If you don’t pass the exam, you are given an injection that ends your life.

De Sica’s 2011 documentary “Hollow City” explores the mid-1960s discovery of Matera’s Cave of 100 Saints. The film features interviews with the locals who set out to find the fabled crypt and captures their reactions when they finally did. The cave is adorned with paintings that have been traced to ninth-century monks who traveled to Lucania from Eastern Europe or Asia Minor. In addition to compelling firsthand accounts, the 17-minute film boasts stunning cinematography that captures the ancient city’s eerie splendor. 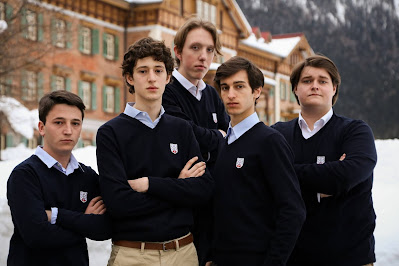 De Sica went on to work on several Italian television series and was given funding to make his first feature film in 2016. “I figli della notte” (The Children of the Night) was shot in the secluded, snow-covered mountains of South Tyrol, located in the Northern Italian region of Alto Adige. An impressive debut, the film made its North American premiere at the 2017 edition of Lincoln Center’s “Open Roads: New Italian Cinema.” It’s the story of an unlikely friendship at an all-boys boarding school that ultimately leads to murder.

The feature film advances the unique style of his early efforts while marking the official start of his career. “I am a great admirer of all the members of my family. At the same time, I needed time to find my own path,” he explained. “‘I figli della notte’ was the moment in which I said, ‘Goodbye, my dears. The time has come for me to take my own road.’” 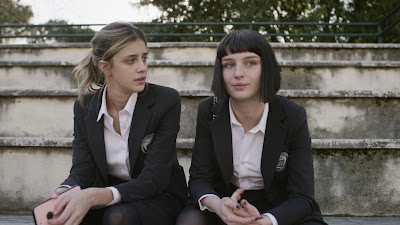 His next project was based on a true story and influenced by his teenage years in Rome’s privileged circle of high society and private schools. Netflix’s “Baby” is the story of two high school girls who get swept up in a prostitution ring. The sensitive subject matter is presented from the points of view of the girls. It shows why they choose to live these double lives, lying to their family and friends while keeping company with criminals and abusers. Each episode will leave you at the edge of your seat anticipating the next. It's an absolutely compelling series and so well done by all involved.

Although he has found his own voice, De Sica acknowledges the impact of neorealism on young filmmakers around the world. “My grandfather and his colleagues have paved a road that will always be valid.”

We'll keep you posted on the international distribution for his latest film, "Non mi uccidere." In the meantime, his short films and documentary are available on his Vimeo channel, vimeo.com/andreadesica. All episodes of “Baby” are available to stream on Netflix. For more information on “Hollow City,” visit the project’s website at hollowcity.net.

This article was published in the August 2021 issue of Fra Noi Magazine. In an upcoming issue, I'll be profiling Brando De Sica. Until then, read about his early works in this blog I posed five years ago.