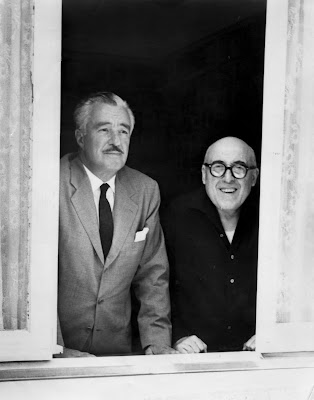 He may not be a household name, but he was a major force behind the rise of the neorealism movement and Italy’s Golden Age of Cinema.

Screenwriter Cesare Zavattini was born in the region of Emilia-Romagna in 1902, earning a law degree before turning his attention to writing. In 1930, he moved to Milan to work at the Rizzoli publishing company. Five years later, he met Vittorio De Sica. They would go on to make 20 films together, including the neorealist classics “Sciuscià” (Shoeshine) (1946), “Ladri di biciclette” (The Bicycle Thief) (1948), “Miracolo a Milano” (Miracle in Milan) (1951) and “Umberto D.” (1952).

Zavattini worked on more than 80 films with many of the great directors of Italian cinema. Among them was Giuseppe De Santis, who collaborated with Zavattini in 1952 on “Roma 11:00.” A tragic story based on true events, the film follows several young women in post-WWII Rome as they answer a job listing for a typist. With 200 applicants waiting in line for an interview, the staircase they’re standing on collapses, killing one woman and injuring dozens more. The tragedy spotlighted the poverty and desperation so many Italians endured in the early 1950s. Zavattini co-wrote the script and interviewed many of the actual victims, a few of whom were cast in supporting roles. Click the image below watch it on YouTube.

Zavattini’s words graced the script of Dino Risi’s 1955 comedy “Il segno di Venere” (The Sign of Venus), which features a host of Golden Age legends, including De Sica, Sophia Loren, Alberto Sordi and Raf Vallone. The timeless tale follows the amorous misadventures of Cesira (Franca Valeri), who is frequently overshadowed by her beautiful cousin Agnese (Loren). After having her fortune told by a tarot card reader, Cesira meets a flurry of possible suitors who turn out to be more trouble than they’re worth. Click here to watch it on Netflix.

Zavattini came up with the concept for the film “L’amore in città” (Love in the City), a collection of short stories based on actual events. The 1953 compilation features one vignette co-directed by Zavattini. “Storia di Caterina” tracks the plight of a young, single Sicilian mother who leaves for Rome after being shamed in her hometown. When she loses her job as a maid, she roams the streets of the Eternal City with her toddler in tow looking for work. Desperate to provide for her son, she decides to abandon him in a park, hoping a wealthy family will take him in. He’s brought to a police station instead, where he’s reunited with his mother. The emotional impact of the story is heightened by the fact that the real-life mother plays herself. 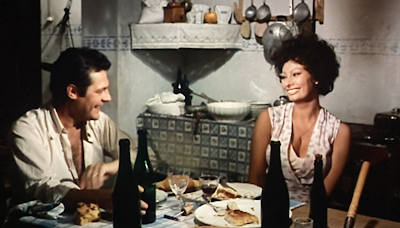 Among Zavattini’s last collaborations with De Sica before the director’s death in 1974 was the 1970 war drama “I girasoli” (Sunflower). Shot in Italy and Russia, the heart-wrenching story brings together screen legends Marcello Mastroianni and Loren for one of the most powerful performances of their onscreen love affair. At the start of the film, Antonio (Mastroianni) must leave his new bride, Giovanna (Loren), to fight on the Russian front. After a near-death experience, Antonio has a brief episode of amnesia and marries the young Russian woman who saved his life. Though Antonio is listed as missing in action, Giovanna sets out to find him in Russia, leading to an explosive reunion. The film is a great example of Zavattini’s signature writing style: a human story that tugs at the heartstrings.

Zavattini’s impact on the film industry extends well beyond the written word. In 1967, he founded the Zavattini Municipal Library, and a decade later, he created the Audiovisual Archive Foundation of the Workers’ and Democratic Movement, which he oversaw until his death in 1989. The foundation still serves as a hub for researching, collecting and storing historical audiovisual work. In 2006, Centro Culturale Zavattini was established in his honor to foster young writers and filmmakers.

Watch "La follia di Zavattini," a documentary by Ansano Giannarelli about the making of Zavattini's 1982 film, "La Veritàaaa." During the interview, Zavattini expresses some of his radically innovative ideas on cinema. Unfortunately, there are not English subtitles.

- Written by Jeannine Guilyard for the February issue of Fra Noi Magazine. Click here to subscribe.
at January 17, 2021